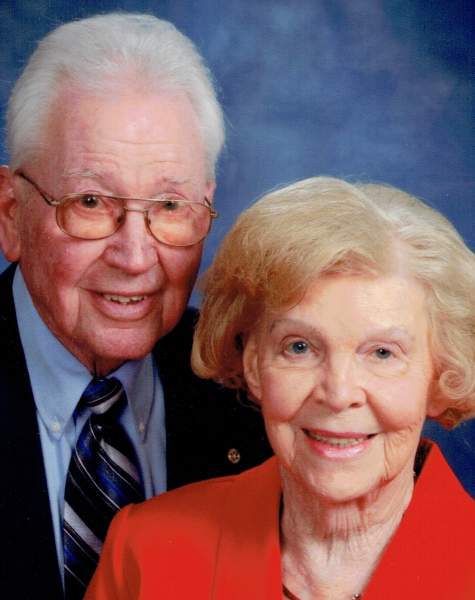 Albert “Al” George Balius, Jr. of D'Iberville, MS went to be with the Lord on August 28, 2022 after a long and fulfilling life of 96 years. Al was the son of the late Albert G. Balius, Sr. of Biloxi and Louella Hastings Balius of Robertsdale, AL. Al was married to his loving wife, Marjorie “Marge” Martell Balius, for 73 years before her untimely death. They were long-time residents of Biloxi and then moved to D’Iberville in 1975 where they lived out their days together. Al was a devoted father to his children, Mark H. Balius, Andrew A. Balius (Cheryl), A. Scott Balius (Judy), and Elizabeth B. Norman (Scott). Al was a very loving grandfather of seven grandchildren; Andrew “Drew” Balius, Eric Balius (Kalyn), Dr. Kristin Balius Correa (Derek), Jonathan Balius (Vanessa), Erin Balius Cook (Corey), Sarah Norman, and Maxine Norman Graves (Ally). Al was also very proud of his seven great-grandchildren who all called him Great Papa; Michael McClellan, Logan Cook, Connor Correa, Cullen Correa, Madeline Balius, Nolan Cook, and Canaan Correa. Al was preceded in death by his parents, Albert (1953) and Louella (1987) Balius, his loving wife, Marge Balius (2019), his eldest son, Mark Hastings Balius (1988), his daughter-in-law Andrea Balius (2013), and his brothers, Elton Balius (1991) and William “Billy” Balius (June 2011).  Al’s family is rejoicing that he has been reunited with his departed loved ones in Heaven.

Al attended Biloxi schools as a child and later took courses at the University of Southern Mississippi. Al was drafted into the Army in December 1943 during World War II.  He was on special assignment in 1944 to the Chemical Warfare Experimental Station in Bushnell, FL when he met his future bride, Marjorie Martell of Massachusetts. Al and Marge were married on May 15, 1946 and returned to Biloxi shortly after.  Al began working at the Biloxi Veterans Administration after his honorable discharge from the Army that same year.  In 1947, Al joined the Mississippi National Guard and then began raising a family with Marge shortly after. During his time in the National Guard, he was posted to the Battery C Anti-Aircraft Unit during the Korean Conflict.  Al was later sent to Baltimore, MD with the 115th AAA Gun Battalion in defense of Baltimore and Washington, D.C. during the Cold War. Al retired from the National Guard as a decorated officer with the rank of First Lieutenant in 1964.  Al continued his career at the VA where he worked in Special Services as the Chief of Recreation Services and was later promoted to Chief of Voluntary Services. Al retired after 37 years of civil service.

Al was a member of the Biloxi Rotary Club, BPOE 606 Elks Club, Biloxi Bay Chamber of Commerce, D’Iberville/St. Martin Chamber of Commerce, Keesler Officers Club, and Retired Officers Association. Al and Marge enjoyed travelling, gambling, boating on the Mary, and hosting family and friends at their home. Al and Marge were charter members of Beauvoir United Methodist Church in Biloxi, where they faithfully attended services for many years.

The great man who went by the names of Al, Dad, Papa, and Great Papa will always be remembered for the love he had for his wife, Marge, his family, seafood, and the Gulf Coast. Al was kind to everyone he met and left a lasting impression on all those that knew him. He prepared and cooked some of the most delicious food, but some of his best, according to his grandchildren, included red beans and rice, fried catfish, fried shrimp, roast beef, baked ham, ham and cheese omelets, and pancakes. One of Al’s greatest joys was to gather with family and friends and serve them delicious food with a side of southern hospitality – all while poking a little fun at his Margie for burning the bread.

Funeral Service will be held on Friday, September 2 at 11:30 a.m. at the Howard Avenue Chapel of Bradford-O'Keefe Funeral Home. Friends are invited to visit from 10:30 a.m. until 11:30 a.m. Interment will follow immediately at Biloxi National Cemetery.

In lieu of flowers, the family asks that donation be made to Beauvoir United Methodist Church, 2113 Pass Road, Biloxi, MS 39531.

To order memorial trees or send flowers to the family in memory of Albert "Al" George Balius, Jr., please visit our flower store.