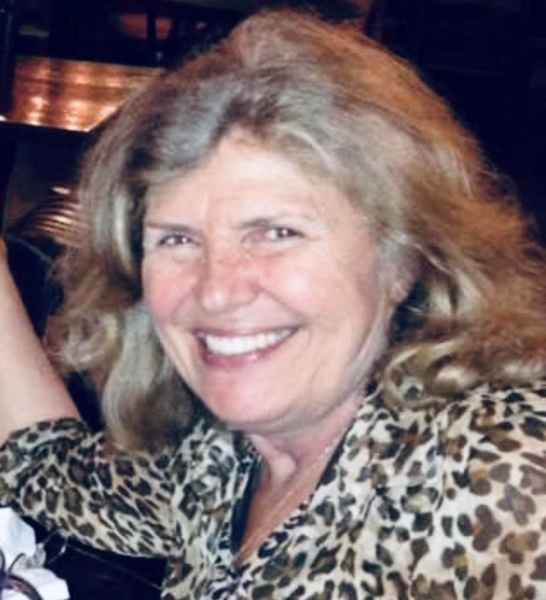 Our mother, Angela Rose Styczenski, of Gulfport, Mississippi, unexpectedly left her loving family and friends, but joyfully entered her eternal home on Wednesday, April 27, 2022. She was greeted by the love of her life, husband Al, her parents, and grandson.

Born on February 4, 1949, in Port Washington on Long Island, New York, Angela was the eldest of four children to Alexandria and James Piatek.

Angela and Al married in 1968 and started their family shortly thereafter. She lovingly and selflessly raised her five children. Angela was a homemaker and very devoted to raising them in the Catholic faith, which was of the utmost importance to her. As a Navy Seabee wife, they were stationed in many different parts of the world. She was very active in her children’s schooling, sporting events, religious formation, and in all aspects of their lives.

Angela and Al helped co-found, with Msgr. James McGough, the St. James Catholic Church Perpetual Eucharistic Adoration Chapel in 1994, for which she served as a coordinator for the chapel adorers for many years.  In 2000, she received her Master’s in Theological Studies from the University of Dallas.

Angela was incorporated into The Society of Our Lady of the Most Holy Trinity (SOLT) in 2013, having been associated with the Corpus Christi-based missionary Order since 1994. She was also an ENDOW facilitator for the Mississippi Gulf Coast Area, involved in the Cursillo Movement (#99), started the RENEW program in the late 1980’s, was involved with the Worldwide Mission for the Love of God, and was the founder of the weekly Mary and Elizabeth Prayer Group in her home for many years. She was also involved in the Catholic Charismatic Renewal of New Orleans, assisted women as a counselor at Morning Star Pregnancy Care Center, and Right to Life Organization of South Mississippi. In 2016, while traveling to England to fulfill her dream of being a missionary, she made a quick stop to attend the Canonization of Mother Teresa in Rome, Italy.

Angela was preceded in death by her husband, Al Styczenski; her parents, Alexandria and James Piatek; her sister, Karin Casper; her 3 miscarried children; and her grandson, Collin James Styczenski.

Visitation and Rosary will be at St. James Catholic Church, 366 Cowan Road, Gulfport, Mississippi, 39507 on Thursday, May 5, 2022 from 9:30 am until 12 Noon, followed by a Mass of the Resurrection at 12 Noon with Fr. Ryan McCoy presiding along with many other priest friends. The Rite of Christian Burial will follow at Biloxi V.A. National Cemetery, where our dear mother and grandmother will be laid to rest with our beloved father and papa. Bradford-O’Keefe Funeral Home, 15th Street, Gulfport is honored to serve the Styczenski family.

To order memorial trees or send flowers to the family in memory of Angela Rose Styczenski, please visit our flower store.