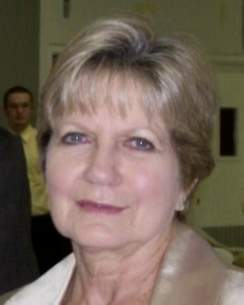 She was a devoted wife, mother, grandmother, & sister. Anne was born in Lexington, SC on September 14, 1939 to William Henry Sox and Annie Lou Harmon Sox. She was preceded in death by her parents, her husband, Roger Wayne Alewine Sr., and brothers, Ray Sox and Jim Sox.

Anne graduated from Lexington High School in 1957. She worked as an administrative assistant for attorneys in Lexington, SC and then in Simpsonville, SC. She later worked at Mars Hill College in the finance office. After moving to Franklin in 1980, Anne worked at People’s Department Store. When she and Roger moved to Gulfport, MS in 1985, Anne worked as an administrative assistant to the president of Whitney Bank. She and her husband retired back to Franklin in 2016 where Anne and her daughter, Lindy, purchased a quilt shop. Anne took care of the payroll for their business. She loved meeting people at the shop and made many sweet friends. She will be missed by many.

In lieu of flowers, donations may be made to St. Jude Children’s Hospital.

Online condolences can be made at www.maconfuneralhome.com.

To order memorial trees or send flowers to the family in memory of Anne Sox Alwine, please visit our flower store.