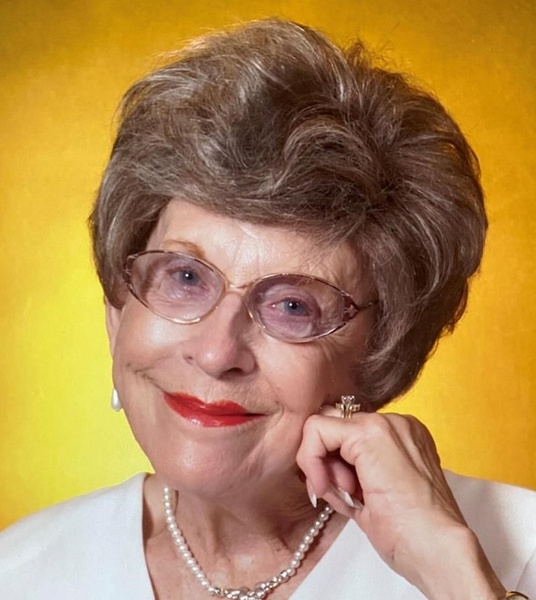 Anne was born in Paris, France August 25, 1934. When Anne was only two years old her mother died of illness and she was raised in Virginia by her grandparents. She attended St. Margaret’s all girls boarding school 8th-12th grades and then attended University of Mary Washington in Fredericksburg and George Washington University in Washington, DC.

Florence Anne Hanning was the daughter of John James Hanning of Paris, France, and Emily Elizabeth Squires of Virginia. Anne married William Louis Seal on March 22, 1958 in the Old Presbyterian Meeting House in Alexandria, VA. They were married 34 years when Bill Seal passed 3-12-1992.

Anne and Bill Seal had 3 children, Sarah Elizabeth Seal Page, James Edward Seal, and Emily Marie Seal. They lived in Virginia, Maryland, Minnesota and finally transferred to Mississippi a year after Camille. They were members of St. Peter’s By The Sea Episcopal Church in Gulfport.

Anne always loved her family, travel, holidays, entertaining and her pets. She had a special fondness for tabby cats. She had a wonderful sense of humor and wrote very eloquently. She worked in the 90’s for Coastliner as a tour guide.

In 1993 Anne married Otis Leroy Cole and they lived in Gulfport, Biloxi, Ocean Springs, then back to Biloxi. They enjoyed travel and were active members in the Elks Club in Gulfport and Westminster Presbyterian Church in Gulfport. Anne was a member of the Elks Ladies Auxiliary # 978 and served as President in 2005-2006. One of her most enjoyable memories with the Elks was being crowned Queen Fidelity XXVII at the Elks Coronation Ball in 2005.

The funeral services will be Wednesday, November 10, 2021 at Bradford O’Keefe Funeral Home in Gulfport. Visitation will be 10-11 am and service to follow in the chapel at 11:00 am.

A private interment will be held at Floral Hills Memorial Gardens.

Bradford-O’Keefe Funeral Home is honored to serve the family of Anne Seal Cole.

To order memorial trees or send flowers to the family in memory of Anne Seal Cole, please visit our flower store.
Send a Sympathy Card