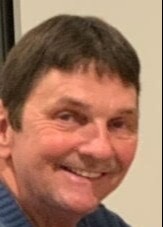 Mr. Kozlowski was a native and lifelong resident of the coast. He was employed over the years as a self-employed air conditioning repairman and worked off shore for many years. Mr. Kozlowski had a good heart and enjoyed spending time with his family and friends.

A Mass of Christian Burial will be held at Sacred Heart Catholic Church in D’Iberville on Wednesday, August 17, 2022 at 11:00 am. Friends may visit from 10:00 am until Mass time. Interment will follow at Southern Memorial Park.

Bradford-O’Keefe Funeral Home is honored to serve the family of Mr. Anthony Kozlowski.

To order memorial trees or send flowers to the family in memory of Anthony Kozlowski, please visit our flower store.