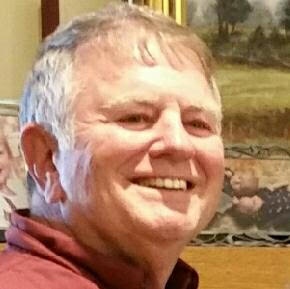 Asa “Gra” Watson Pulliam, age 74, a longtime resident of Ocean Springs, passed away on Monday, May 16, 2022, at Ochsner Medical Center in New Orleans. He was surrounded by his family.

Asa was born June 4, 1947, in Meridian, MS. Asa was a graduate of Aberdeen High School, Aberdeen, MS. He attended Mississippi State University and was a proud Bulldog through thick and thin. Asa earned his Master’s in Business Administration from the University of South Mississippi. He then went on to graduate from the United States Army War College in 1992. Asa spent 29 years in the US Army reaching the rank of full Colonel. He spent two tours in Germany and one tour in Thailand. He was awarded two Meritorious Service Medals, four Army Commendation Medals, the National Defense Service Metal, the Viet Nam Service Metal, and the Viet Nam Campaign Metal. Asa loved the military and serving his country. He retired in 1997 and made Ocean Springs his home.

Asa was an active and longtime member of First Presbyterian Church of Ocean Springs, serving as a deacon and an elder. He was very active in Mississippi Cursillo for many years. Asa married Cynthia Ruth Ludlow on December 21, 1968. They had two children and four grandchildren. He raised his children to be truthful, loyal, and strong with a strong work ethic. Asa loved his family and formed many life-long friendships here on the coast and around the world.

Asa is preceded in death by his parents, Wheeler Watson Pulliam and Nell Wallace Pulliam; and his sister, Nell Laura Pulliam.

The family would like to extend a special thank you to the team of Doctors, Nurses, and Staff at Ochsner’s Hospital Main Campus; “The Ladies of Bienville Place”; friends and family at First Presbyterian Church of Ocean Springs; and John, Jennifer, Kristi, Cheri, and Lane for staying day and night.

A funeral service will be held at 1:00 PM on Monday, May 23, 2022, at First Presbyterian Church of Ocean Springs. Friends may visit an hour prior. Interment will be in Biloxi National Cemetery at 2:30 PM.
Bradford-O’Keefe Funeral Home is honored to serve the family and friends of Asa “Gra” Watson Pulliam.
To order memorial trees or send flowers to the family in memory of Asa "Gra" Watson Pulliam, please visit our flower store.