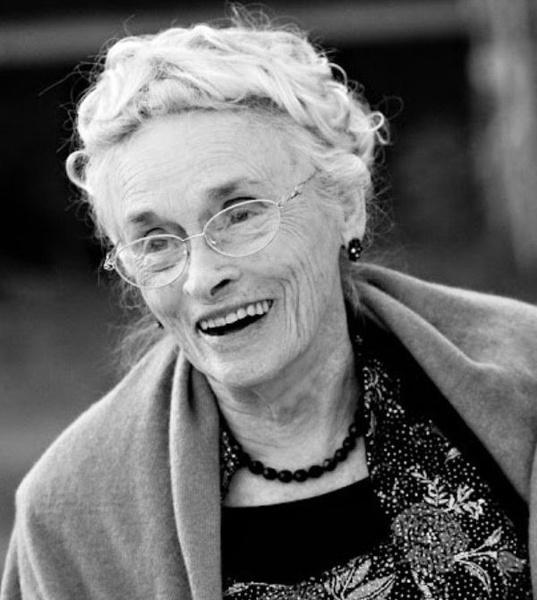 Augusta Toomer passed into eternal life on Thursday, December 30, near the end of her 100th year on this earth. She died peacefully at her home in Biloxi, surrounded by family members. Augusta was born on January 28, 1922, in Mobile, Alabama, the second of the six children of Louis and Louise Conover. In 1942 she married Edward Toomer and together they raised 8 children. They were married for 61 years, until Ed’s death in 2004.

Augusta had two great loves: her family and the Catholic Church. For decades, she prayed for each of her 131 descendants and their spouses daily, remembering the names of each one and holding their needs in her heart. She deeply loved and admired each of her eight children and delighted in her grandchildren and great-grandchildren. As a devout Catholic, she saw many changes in the Church during her century-long life, and she followed these developments with enthusiastic interest and delight.

After raising eight children, Augusta Toomer earned a bachelor’s degree in psychology and a master’s degree in social work from the University of Southern Mississippi. As a social worker, she worked for Ellisville State School for the intellectually disabled, for de l’Epee Deaf Center in Gulfport, and for Back Bay Mission in Biloxi. Throughout her adult life, she focused energy on helping others, especially those who are marginalized. During the Civil Rights movement of the 1960’s, Augusta and Ed joined the Human Relations Council, working to support integration efforts and to rid their city of “whites only” signs. At the height of the AIDS epidemic of the 1980’s, she was a strong advocate for people living with HIV. In recognition of her dedicated service and staunch support for those stricken with HIV, the South Mississippi AIDS Task Force named their transitional housing program for her: Augusta House. In the 1990’s and early 2000’s she advocated for a stronger outreach to the increasing number of homeless persons on the Gulf Coast. In January, 2017, she took part in The Women’s March, joining the rally at Gulfport, Mississippi.

Augusta always had a spirit of adventure. She loved travel and new experiences. Although most of her long life was spent at home in devoted service to her family, she took every opportunity to travel, visiting many places in the U.S., as well as several in Europe, Mexico, and South America.

As a young mother, Augusta created wonderful stories to entertain her children. After her children were grown, she began to use that talent to write for adults, stories she hoped would open hearts to understanding and appreciating a diversity of people. Beginning in her 70’s she devoted much of her time to writing stories for publication. In 2016 she published a book of short stories, Such We Be: Stories from the South.

Augusta relished being mentally and physically active. She loved reading and playing Scrabble. With her husband Ed, she enjoyed camping, sailing, and rowing. She enjoyed riding her bicycle until, in her late 70’s, she switched to a three-wheeled version. Augusta rode that trike around the neighborhood almost daily on her own till the age of 98. She then kept it up a few weeks before her death, accompanied by one or more of her children or grandchildren running alongside.

Augusta was preceded in death by her dear husband Ed and her beloved daughters Rosie Denton and Peggie Craddock, by her sisters Lily Betty and Lou Moseley, and her brother Nelson Conover. She is survived by her son Edward Toomer Jr., five daughters—Ann Sullivan, Francie Wallace, Sarah Hinojosa, Martha Smith, and Theresa Burgess—by her brothers Louis Conover and John Conover, and by 41 grandchildren, 76 great-grandchildren, and 3 great-great-grandchildren. We are all deeply grateful for the privilege and blessing of being the family of so remarkable and loving a human being. Blessed be God!

A Mass of Christian Burial will be held at Nativity BVM on Monday, January 10, 2022 at 12:00 p.m. Friends may visit two hours prior. Interment will follow at D'Iberville Memorial Park.

Bradford-O’Keefe Funeral Home is honored to serve the Toomer family.

To order memorial trees or send flowers to the family in memory of Augusta Toomer, please visit our flower store.