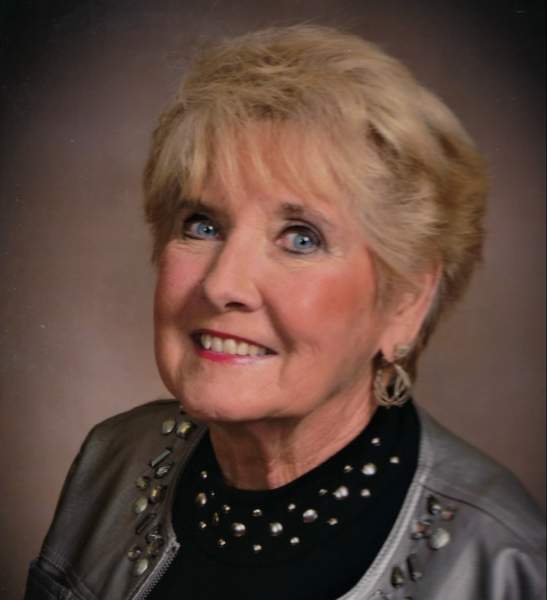 Barbara Eleanor “Bobbi” MacQuarrie, 73, passed away peacefully in her sleep at home surrounded by her family on September 7th, 2022.  Bobbi was born in Philadelphia, PA on December 30, 1948.  Her bright blue eyes, welcoming smile, and vibrant personality enabled her to make quick friends everywhere she went.  She raised her three children in the home built by her “first love” Jack in Roebling, N.J. She took great pride in keeping the family home beautifully decorated, especially during the holidays. She loved entertaining their large extended families and dozens of friends for many years. Bobbi and her husband moved the family to Daytona Beach, FL in 1989 to be closer to her N.J. transplanted parents and other relatives that longed for the sunshine of Florida.  She relocated to The Villages, FL in 2005 where she loved driving her golf cart and was very involved in many clubs, hospice volunteering, Charter school and Church work. She worked as a Pre-need Representative for funeral homes and enjoyed helping those with their final wishes. She would light up and be full of such joy when working with young children and playing with her six grandbabies.  In 2017, she moved to Biloxi, MS to be closer to family after surviving life-threatening sepsis. Bobbi was a strong lady that graciously overcame many rough times. Her faith in God carried her thru her struggles and her positive “Irish spirit” was inspiring to her loved ones too. As a lifelong Roman Catholic, Bobbi enjoyed attending Mass with her family and hearing her granddaughters sing. Joyful tears would roll down her face every time the girls would sing in Mass. She was a parishioner at St. Mary Catholic Church in Woolmarket, MS.

Always one to constantly stay sharp and busy, she was most recently employed for the government agency, SMPDD as an administrative assistant at the Harrison County Health Dept. In her spare time, she enjoyed golf with granddaughter Grace and her son-in-law, whom she called her “son”, Michael McLoughlin. Mom-Mom was adored by so many St. Patrick Catholic High School students over the years and rarely missed a football game, drama performance, dance, or soccer game.  She truly lived for her family! Posey the family yellow lab was her “shadow” and never left her side.

Bobbi was preceded in death by her parents, Calvin and Eleanor Cabot; her husbands, Jack Dickinson (USN Seabee) and CDR. Gary MacQuarrie (USN); and her younger brother, Buddy Cabot.

She is survived by her brother, Bruce Cabot (Renee), nieces Karen Ann of Daytona Beach, FL. and Tina Cabot of Cedar Brook, N.J. Her deeply loved three children: daughter and caregiver, Lisa McLoughlin (Michael) of Biloxi, son, Jeffrey Dickinson, and daughter, Dawn Moreland (Jeff).  Known as Mom-mom to her family, she was beloved and will be greatly missed by her six grandchildren:  Grace, Jeffrey, Ella Faith and Hope Marie McLoughlin and Brandon and Breanna Allhiser. She will also be missed by many dear friends including Vita and Robert Crain (The Villages, FL), Joanne Hayes (Philadelphia, PA), Mona Rose (Biloxi) and Dottie and George Szolomaymer along with the Woolmarket Prime of Life Center friends.

Bobbi loved the beach and hosting gatherings of friends that she entertained with her infectious laugh.  Always active, she became an accomplished golfer and painter.  A people person, she loved to be with family and friends, often being the life of the party.  Bobbi loved live music and live performances where she enjoyed dancing being known as “the dancing queen” (also one of her favorite songs).

Funeral arrangements all occur on Monday, November 21st:  visitation begins at 9:30 am at St. Mary Catholic Church in Woolmarket.  The Mass begins at 10:30. Following Mass, a procession will route to her burial for 12:30 at the VA National Cemetery located at 400 Veterans Blvd., Biloxi, MS.  Immediately after the burial, a “celebration of her life” reception at clubhouse at Anatole Bay, 495 Popps Ferry Road, Biloxi. The family request to honor her wishes for a “Memorial of the Blessed Virgin Mary Grotto and Garden”, to be created in lieu of funeral flowers and donations can be mailed to: Lisa McLoughlin, 7807 Carmel Oaks Dr. Biloxi, MS 39532 by Bobbi’s birthday on December 30, 2022. Bradford-O'Keefe Funeral home is honored to serve the family of Barbara Eleanor “Bobbi” MacQuarrie.

To order memorial trees or send flowers to the family in memory of Barbara Eleanor "Bobbi" MacQuarrie, please visit our flower store.