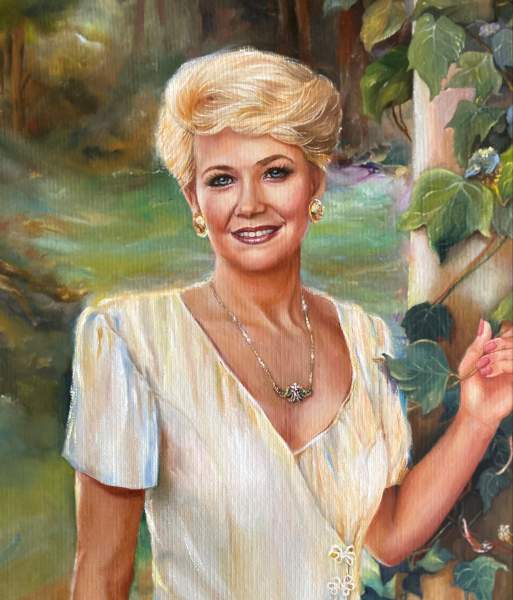 Belinda Elaine Gryder-Guice, of Ocean Springs, Mississippi, passed away peacefully in her home on Tuesday, April 12th, 2022, surrounded by her family in prayer.  Her world revolved around her three beloved children and it was time spent with them, and especially her grandchildren, that she cherished the most.

Belinda was born on May 2nd, 1953, in Biloxi, Mississippi.  She grew up in what was then small town Ocean Springs, Mississippi, where she ultimately lived most of her life and raised her family.  She graduated from Ocean Springs High School in 1971 where she was crowned Homecoming Queen, voted Most Beautiful, and performed with the band as a Majorette.  She was awarded the honor of Miss Hospitality of Ocean Springs in 1971.  Belinda graduated from The University of Mississippi in 1975 and she will forever be remembered for her enthusiasm when cheering her favorite Ole Miss chant, “Hotty Toddy”, in support of the Rebels during football games.

At a very young age, Belinda began working in her family’s business, Gryder Shoes, starting as a cashier.  She moved up the corporate ladder and eventually became the head buyer for ladies’ handbags.  She was a co-owner of Gryder’s at 2210 Pass Road, LLC, and Gryder’s at Vieux Marche Mall, LLC, and also owned multiple rental properties with her husband.  Belinda, being always civic-minded, was an active member of the First Presbyterian Church in Ocean Springs, the Biloxi Garden Club, and the Gourmet Club of Ocean Springs.

Anyone who knew Belinda knew she never met a stranger. Her personality was larger than life, and her sense of humor was only matched by her infectious laugh. She was the light that entered the room, and the girl everyone wanted to be near. She thrived during the Mardi Gras Season; she was a 25+ year member of Les Masquees where she had been a Maid, she was a member of the Gulf Coast Carnival Association where she served as a Maid in 1972, she was a Maid in The Revelers and she was a former member of Billikens and Bonne Vivantes.

The family would like to thank the entire staff of All Ways Caring Homecare and especially acknowledge the loving and endearing support of the nursing assistants Belinda spent so much time with over the past two years during her courageous battle against cancer. The family prefers any memorial contributions be made in her name to the MD Anderson Cancer Center.

Visitation will be on Saturday, April 16th, from 11:00am until 1:00pm, with a 1:00pm Church Service, all at the First Presbyterian Church of Ocean Springs.  Interment will follow in Evergreen Cemetery, Ocean Springs, Mississippi.

To order memorial trees or send flowers to the family in memory of Belinda Gryder-Guice, please visit our flower store.