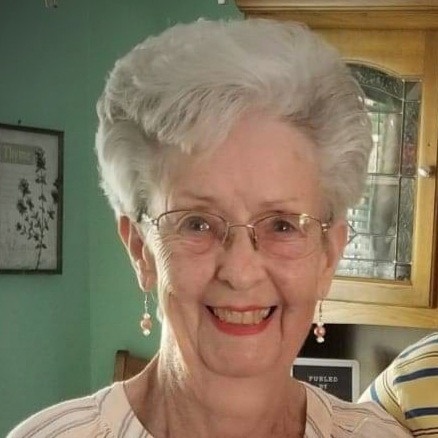 Carolyn, at the age of 15, met 17 year old Talmadge Cook and the two became high school sweethearts. After Carolyn graduated, they were married by Fr. James McGough on June 5, 1959. Together, they raised seven children. Fr. McGough also attended Carolyn and Talmadge’s 50th wedding anniversary. Their children also honored them on their 25th, 40th, 50th and 60th wedding anniversaries.

Carolyn was a longtime Catholic and member of Sacred Heart Catholic Church in D’Iberville, where she sang in the choir for 10 years and was a member of the Altar Society and the Bereavement Committee.

During her years of marriage, she loved to sew and crochet. Later in her marriage, she learned how to play the organ. Carolyn and Talmadge, Sr. were the original owners of Cook’s Transmissions.

She was preceded in death by her middle daughter and her missing link, Terri Cook Seymour; her parents, Roy V. Cox, Sr. and Eleanor Davis Cox; and her daughter-in-law, Stacey Dunaway Cook.

The family wishes to express a special thanks to Dr. Paul Pavlov and Twy for many years of care for Carolyn.

In lieu of flowers the family prefers donations be made to one’s favorite charity in Carolyn’s memory.

Funeral Services will be held at Bradford-O’Keefe Funeral Home on Howard Avenue in Biloxi on Friday, August 12, 2022 at 11:00 am with Fr. Henry McInerney officiating. Friends may visit from 10:00 am until service time. Interment will follow at D’Iberville Memorial Park.

To order memorial trees or send flowers to the family in memory of Carolyn Louise Cox Cook, please visit our flower store.