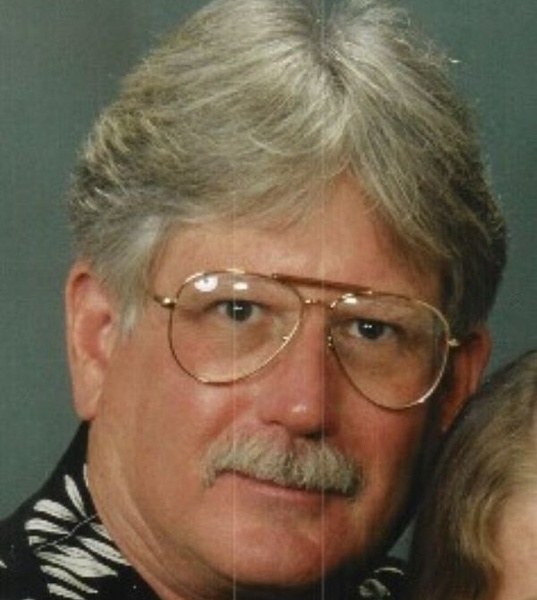 Charles "Chuck" Samuel Power, age 67, passed away unexpectedly in the early hours of Sunday, January 2, 2022, after enjoying a very traditional Southern start to the new year with the Rose Bowl Parade, football, black-eyed peas, cornbread, greens, and champagne. He was preceded in death by his father, Henry E. Power, and his mother, Ethel Brennan Power, both of Kosciusko, MS.

Chuck was born on April 29, 1954, in the vicinity of Kosciusko in Attala County, MS, where he was adopted by his parents, who were local florists. He graduated from Kosciusko High School in May of 1972, and attended Holmes Junior College in Goodman, MS, from 1972-1974, briefly playing baseball for the college. He then made a career choice to attend the deep-water Divers Training Academy located in Fort Pierce, FL, graduating in June 1975. From 1975 to 1998, he worked as an independent contractor, commercial diver, and then a diver supervisor, employed by Oilfield Professional Divers, Santa Fe Offshore, Inc., Taylor Diving and Salvage, Ray Brundrett Divers, James Dean Diving Contractors, H.J. Merrihue Marine Contractors, and Frolich Brothers Diving. From January 1997 through May 2003, he was employed by Sumrall Commercial Diving in Pascagoula, MS; during that same time frame, he worked for Allied Wireline, Inc., based in Belle Chasse, LA, and also served as a deck hand on board the R/V Tommy Munro, a research vessel based at The University of Southern Mississippi's Gulf Coast Research Laboratory and berthed at the J.L. Scott Marine Education Center in Biloxi, MS, where he met Cynthia A. Moncreiff, Ph.D., the woman he would eventually marry.

Chuck completed his last open deep-water helium-oxygen dive in 2000, at which point his career focus changed from diving to dive support. He worked as a life support technician and dive supervisor from April 2001 to February 2003 for Torch Offshore, located in Gretna, LA, and then for Triton Diving Services, Inc., of Belle Chasse from June to October 2003. In October and November 2003, he provided support for a dam repair project as a life support technician (LST) for Global Diving and Salvage, Inc., based in Seattle, WA. From March through August of 2004, he was an LST for Stolt Offshore, Inc., based in Houston, TX. In June of 2005, he was employed by Onyx Special Services, Inc. Diving Division in Appleton, WI, for a project near Mackinaw Island, MI; he continued to work for Veolia/Onyx Special Services, Inc., in their Industrial Diving Division as LST, LST supervisor, and dive supervisor from March to December of 2006. During that same time frame, he worked in the same capacity for Superior Diving Company, Inc., based in Harvey, LA.
From December 2006 through March 2013, Chuck was employed by Epic Divers and Marine, Tetra Company Diving Division, based in Belle Chasse, LA. Due to changes in company focus, he worked as a rigger from May to August 2013 for Tetra Applied Technologies, LLC, out of Houma, LA. At that point in time and until his retirement in May of 2021, Chuck became a life support technician for Chet Morrison Contractors Diving Services, based in Houma, LA. As a life support technician (LST) at this entire series of companies, his duties included upkeep and maintenance of saturation diving equipment, dive chamber operations, divers and gas mixing, diving bell deployment and retrieval, pressurization and de-saturation of divers, and supervising of diving operations. All of this took place in a variety of work related to oil field repair and operations for oil and oil field support.
During 2004, Chuck became a member of the Towns Around Biloxi Parrot Head Club, a group of individuals with a love of trop rock music and hosting of events with the purpose of fund-raising for several charities. He was very involved with TABPHC activities when not working offshore as an LST and dive supervisor. His favorite events were "Stars Fell On Alabama", an event which had a 20-year run where he became a part of it's Welcoming Committee and which in part benefited Alzheimer's research and support (his mother passed away from Alzheimer's disease), and "Six String Music", which raised funds for the New Orleans Musicians Clinic for six years. He made life-longs friends at every event, from New Orleans to Key West, and will be missed for his support and willing help to make them a success.
In December of 2004, Chuck proposed to his wife of nearly 17 years, and to his delight, she said "yes". He began yet another phase in life, eventually joining the Ocean Springs Yacht Club as a couple in May of 2009 after watching it literally rebuild from the ground up following its destruction by Hurricane Katrina. They became active members of the OSYC, with Chuck providing assistance with regattas and other events during his time off from work and became known by the sailing contingent as "Chicken Man Chuck" for his part in helping with food for sailors on the half-way point of two major regattas. His wife, Cynthia, became Commodore there in 2015; Chuck was very pleased to be her First Mate both there and in life. He was a devoted husband, son-in-law, brother-in-law and much-beloved uncle plus a proud "cat parent" to OSYC and family cats.
Chuck is very much missed by his extended family, the diving industry community, his parrot head friends, and his yacht club compatriots. Due to Co-VID concerns, there are no plans at this time for any formal service. Once the coast is clear of pandemic concerns, there will be a "Celebration of Life" at the Ocean Springs Yacht Club. Bradford-O'Keefe is proud to serve the family of Charles Samuel Powers.

To order memorial trees or send flowers to the family in memory of Charles "Chuck" Samuel Power, please visit our flower store.