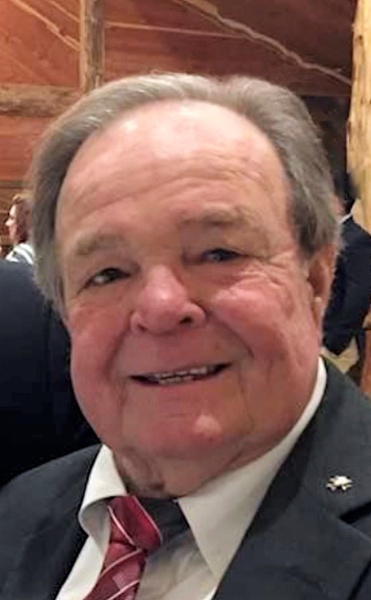 We are heartbroken to announce Charlie McKinley Underwood III, 75, passed away Sunday, July 3, 2022 in his hometown, Gulfport, Miss.

Charlie was born on December 10, 1946 in Biloxi, MS. He graduated from Long Beach High School in 1967. Soon after, he was drafted by the United States Army and served in the Vietnam War from 1968-1969. Charlie retired from his career at the Veterans Administration in Gulfport after 28 years. He then went on to work for Memorial Hospital Gulfport for another eight years.

As a member of the Knights of Columbus Council 1583 in Gulfport, Charlie served in many roles, including the offices of Grand Knight and Faithful Navigator. He played an essential role in the formation of the organization’s youth program, the Columbian Youth Squires, and went on to serve as State Chairman for this youth program.

Charlie was married to the love of his life, Jean Marie Joffrion of Gulfport, MS, for 52 wonderful years. He enjoyed fishing, shrimping, floundering and golfing, and he had a passion for all sports and coaching. Many will remember Charlie as Coach Underwood from the numerous years he coached football and basketball at St. John Elementary School in Gulfport. Charlie was a fun-loving man who made everyone feel welcome in any situation. His favorite times of the year were Christmas and Mardi Gras. He was a charter member of the Krewe of Odysseus for 20 years and a member of Les Cavaliers for nine.

Charlie was preceded in death by his parents, Charlie McKinley Underwood II and Martha Marie Rush Underwood; his brothers, Ralph Underwood and Brian Underwood; and his sister, Irene Bosarge.

A Mass of Christian Burial will be held at 9:30 a.m. on Friday, July 8, 2022 at St. John the Evangelist Catholic Church. Friends may visit one-hour prior to Mass. Interment will follow at Biloxi National Cemetery with military honors. Bradford-O’Keefe Funeral Home, 15th Street, Gulfport is honored to serve the Underwood family.

In lieu of flowers, donations may be made in Charlie’s memory to St. John the Evangelist Catholic Church in Gulfport, MS.

To order memorial trees or send flowers to the family in memory of Charlie McKinley Underwood III, please visit our flower store.