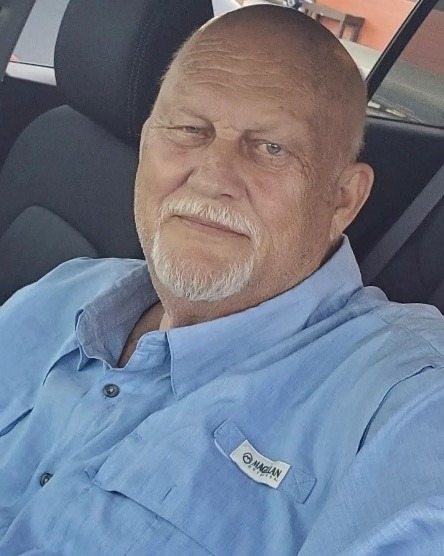 He was born in Sharples, West Virginia to the late Willard and Eva Adkins.  The family relocated to the beautiful mountains of Eastern Kentucky and eventually settled in Justell.

Chester, known to some as Joe, considered The Blue Grass State his home.  He was a lifelong Kentucky Wildcats fan and passed that on to his kids.  A 1967 graduate of Betsy Layne High School, Chester enlisted in the United States Air Force in 1968.  He married the love of his life, Ellen Eileen Smiley, on Christmas Eve later that year.  Chester bravely served his country for 12 years, including a wartime tour in Vietnam.  His last active-duty station was Keesler AFB in Biloxi, MS.  After fulfilling his commitment to the Air Force, he and Ellen decided to settle down and raise their family on the gulf coast.  They were blessed with 3 children: Carla, Jason, and Stephanie.  Following active duty, he continued to work closely with the military as a civil service supervisor at Keesler. While in that position, he made friends easily, excelled in performance, was highly regarded by his colleagues, and retired after thirty years.

Keeping company with Chester meant you were never hungry, and his sturdy presence carried warmth, laughter, and enthralling stories, on which he was never afraid to embellish a bit.  He had an infectious laugh that he displayed often to those close to him.  He had a heart for children, especially his grandkids, which belied his tough exterior. He was an avid reader and lover of classic film, as well as a gifted painter and self-made carpenter.  He was known as a “jack of all trades” but differentiated himself by mastering many of them. He oftentimes helped others out with his knowledge and skill.  The creative work and meaningful conversations he’s left behind will forever be treasured by his family. Chester’s life will continue on through the kind-hearted and inspired endeavors of his loved ones—who are grateful to have been influenced by such a wise, charming, and compassionate man.

He was preceded in death by his parents, Willard and Eva; brothers, Howard and Lawrence Adkins; and sisters, Phyllis Triplett, Fern Morris, and Bonnie Adkins.

A memorial service will be held at Biloxi (VA) National Cemetery at a date TBD.

To order memorial trees or send flowers to the family in memory of Chester Lee Adkins, please visit our flower store.