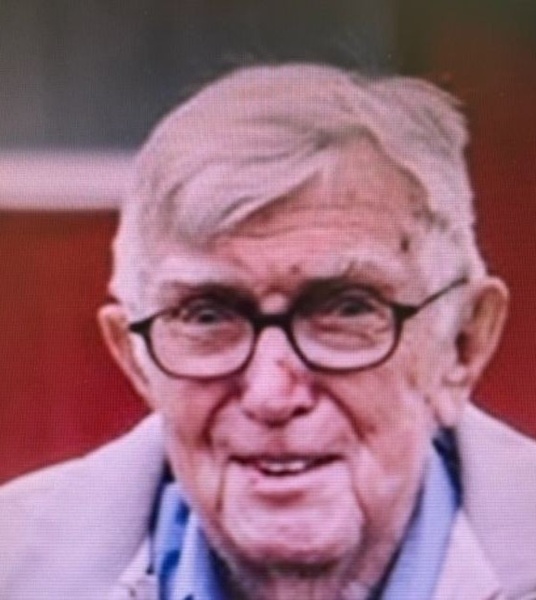 Master Chief Petty Officer Peter Robert Madson, age 96, of Ocean Springs, MS, passed away on February 18, 2022. Peter was born in Hewitt, Wisconsin on June 29, 1925 to Peter Hans and Genevieve (Kneizel). Peter married his first wife, Marilyn Elizabeth (Leinberger) at Christ Lutheran Church in Milwaukee, WI on July 14, 1956 and remained happily married until Marilyn’s passing in 2000. Together they raised 5 children: Daniel Peter, Martin Louis, Jeffrey Allen, James William and Melinda Louise. Peter married his second wife, Marion Onita (Mielke Orsi) on December 16, 2001 and enjoyed 18 wonderful years together until Marion’s passing in 2019. Peter and his family were long-time residents of the Gulf Coast, having relocated to Gautier in 1974. After serving his country as a proud member of the United States Navy, Peter spent 15 years working at Ingalls Shipyard as a Combat Systems Test Engineer, retiring from Ingalls in 1989. Peter and Marilyn were founding members of Saving Grace Lutheran Church in Mobile, AL where he remained an active member until he relocated to Seashore Highlands Retirement Community in 2015. Peter enlisted in the United States Navy in 1942 during the Second World War and served for 25 years, achieving the rank of Master Chief Petty Officer. He is a veteran of the Second World War, the Korean War, and the Vietnam War and was a ‘Plank Owner’ on the newly commissioned USS Bainbridge (DLGN-25), the first nuclear-powered destroyer that participated in Operation “Sea Orbit”, the first all nuclear-powered unit completing an around the world cruise without refueling or replenishing. Master Chief Petty Officer Madson’s awards and decorations include the China Service Medal, the American Campaign Medal, the Asiatic-Pacific Service Medal, the WWII Victory Medal, the WWII Occupation Medal, the Korean Service Medal, the Vietnam Service Medal, the Philippine Liberation Medal and numerous unit awards.

The family would also like to express their sincere thanks to the staff at Lighthouse Assisted Living in Ocean Spring. They provided exceptional care to Peter during his residency.

In lieu of flowers the family asks that donations be made to Saving Grace Lutheran Church, 1500 Snow Road, Mobile AL, 36695 (www.savinggracemobile.org) Visitation will be held at Bradford-O’Keefe Funeral Home in Ocean Springs on Saturday, February 26, 2022 at 12:00 PM, with a Memorial Service to follow at 1:00 PM. Interment will follow the service at Crestlawn Memorial Park in Ocean Springs. Bradford-O'Keefe Funeral Home is honored to serve the family of Master Chief Petty Officer Peter Robert Madson.