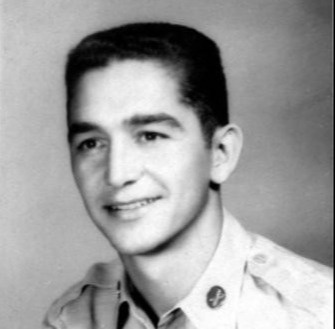 Christopher Joseph Lawrence Jr, 94 of Linthicum, MD and formerly of Biloxi and Ocean Springs, MS passed away peacefully on September 23, 2022. Chris had a 35-year military career – serving as a Chief Warrant Officer in the United States Army. He continued working in US Army Intelligence in a civilian capacity after he retired from active duty.  He was a veteran of both the Korean and Vietnam Wars and became fluent in both German and Hungarian while stationed overseas.

Chris had expertise in many fields – electrical, automotive repair, and home renovation.  He could fix anything. During his younger years, he played semi-pro football for the Biloxi Galloping Gaels, raced speed boats in Biloxi Bay, and was a semi-pro lightweight boxer. While in the Army, he played for the US Army volleyball team and later participated in the senior Olympics for Volleyball. His favorite sport though was golf.  He achieved his goal of shooting his age while playing one of his many rounds at the Ft. Meade Golf Course.

Chris was a past member of many fraternal organizations including the BPOE, the Optimists Club of Linthicum and the Biloxi VFW post. He was an involved parent, coaching both football and softball. Chris shared his love of crossword and sudoku puzzles emailing copies of the daily puzzles to a long list of fellow puzzle enthusiasts for many years. Chris was best known for his willingness to help everyone, his generous nature, and his strong sense of family.

The family will receive visitors at the Howard Avenue Chapel of Bradford-O’Keefe Funeral Home in Biloxi, MS on October 8 from 10:30am - 12:30pm. A service will be held at 12:30 and will be followed by interment at Southern Memorial Park in Biloxi at 1:30 pm. Bradford-O'Keefe Funeral Home is honored to serve the family of Christopher Joseph Lawrence Jr.

To order memorial trees or send flowers to the family in memory of Christopher J. Lawrence Jr., please visit our flower store.