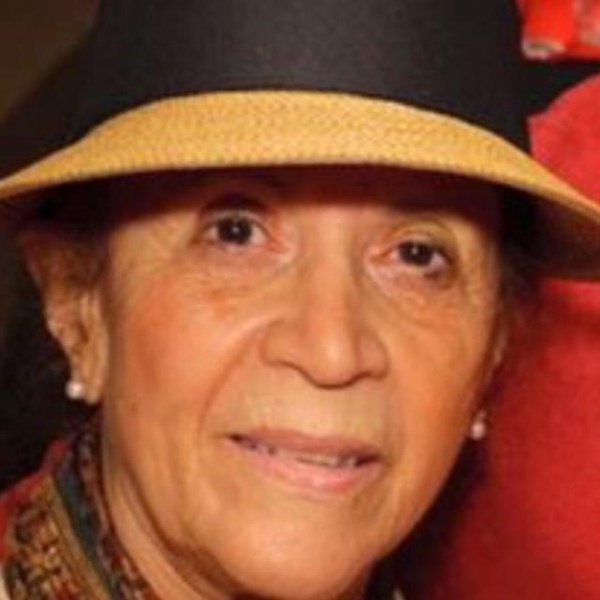 Clare Marie Rhodeman (nee Marino), a lifelong educator, community leader and civil rights activist passed away peacefully in the early hours December 13, 2021, in her home town of Biloxi, Mississippi. Clare was born July 21, 1931, and was a lifelong resident of the Mississippi Gulf Coast where she was married and raised her family. She was the fifth child of Irene (nee Bradford) and Jesus Marino. She is survived by her spouse of sixty-five years, Thomas Rhodeman, her children, Thomas Rhodeman, Jr, MD, and Nichole (nee Rhodeman) Herbert, MD. Predeceased by child, Rennee Rhodeman. She had 14 grandchildren and eight great grandchildren. Mrs. Rhodeman graduated from Our Mother of Sorrows High School as salutatorian, and matriculated at Xavier University of Louisiana, in New Orleans. She was awarded a bachelors degree in Education, Magna cum laude and a master’s degree in Education and Guidance Psychology, with honors. She received her post masters, EdS degree, through a combine program at Tennessee State University and Atlanta University. Mrs. Rhodeman had a successful 33 year career with the Biloxi Municipal School system. She began as an elementary school teacher. Promotion soon followed and she became the Head Guidance Counselor at Nichols Senior High School. Mrs. Rhodeman was a major influence in the education of hundreds of students. Her greatest achievements included helping many talented students of color gain admission and scholarships to the nation’s most prestigious universities including Vanderbilt University of Nashville, TN, and Smith College, Northampton, MA. This was accomplished in the repressive era of segregation and Jim Crow. She also guided students to numerous Historically Black Colleges and Universities (HBCU) through out the South including her alma mater, Xavier University. As society progressed, she was instrumental in helping the Biloxi school district transition into an integrated system. Nichols High was also transformed into a Junior High School. Mrs. Rhodeman’s role as an educator also evolved. At the Junior High she became an advocate and facilitator for the wave of immigrant students who entered the system after the Viet Nam War. She retired in 1985. Mrs. Rhodeman was a dedicated civil rights advocate. She helped break down barriers by joining the NAACP. She later received the NAACP Medgar and Myrlie Ambassador award in 2013 for her work. She was active in the Democratic Party and received a Life Time Service award in 2010. She was featured in the Legacy tribute to the “50 most influential Black Women on the Gulf Coast” in 2011. She led the push to have representation for people of color throughout the Gulf Coast Community by participating in such venues as the Miss America Contest Committee, the Catholic School board, The Gulf Coast Symphony Orchestra Governing Board, and Our Mother Sorrows and Nichols High School Alumni Association. As a member of the Biloxi Bi-Centennial Celebration she participated in cultural exchange programs with the citizens of France. An exhibit of her life and work as an African American woman is on display at the Biloxi Visitors Center. Clare was a faithful Catholic. She was a member of the Our Mother of Sorrows Parish where she was a member of the church council and Associate member of the Sisters of the Blessed Sacrament. Her faith and the church was her catalyst and inspiration for all her successes whether, classroom workplace, community or family. She will be missed. A Mass of Christian Burial will be held at Our Mother of Sorrows Catholic Church on Tuesday, December 21, 2021 at 12:00 pm. Friends may visit from 10:00 am until Mass time, with a recitation of the Rosary at 10:30 am. Interment will follow at Biloxi City Cemetery. Bradford-O’Keefe Funeral Home is honored to serve the Rhodeman family.

To send flowers or a memorial gift to the family of Clare Marie Rhodeman please visit our Sympathy Store.

To order memorial trees or send flowers to the family in memory of Clare Marie Rhodeman, please visit our flower store.