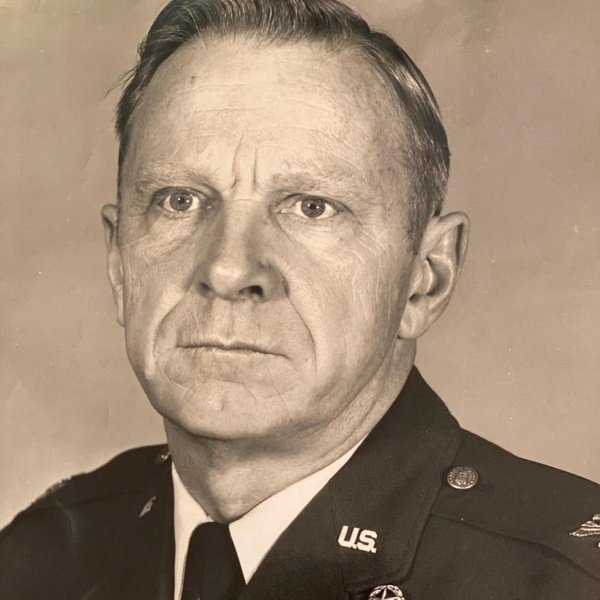 Colonel (USAF Ret.) Charles "Chuck" Kerr Lansdale, 94, of Ocean Springs, Mississippi is now in God’s care after he passed away peacefully at home with family on December 7, 2021. Chuck was born on March 4,1927 in McCool, Mississippi to Maggie (Kerr) Lansdale and Ervin Erlene Lansdale. In 1944, at 17 years old, Chuck joined the Merchant Marines where the ships he was serving on took him to both the Atlantic and Pacific combat zones. During his World War II service, he received numerous awards to include the Merchant Marine Combat award. He graduated from Mississippi State College in 1951 with a Bachelor of Science degree in agriculture and in 1953 Chuck joined the United States Air Force and embarked on a distinguished 30-year career serving his country. After completing pilot training at Vance AFB in Oklahoma, his future assignments and career progression would take him around the world flying multiple types of aircrafts. His domestic assignments took him from Florida to California and numerous relocations in between with overseas postings in Vietnam, Yokota AB, Japan and Ramstein AB, Germany. Chuck had multiple command assignments in Aerospace Rescue and Recovery Service while stationed at Ramstein AB and Scott AFB, IL. Chuck was fortunate to fly a wide variety of aircraft during his Air Force career to include the T-28, B-25, KC-97, KC & WC -135’s and the WC-130. He also flew HH-43 rescue helicopters in Vietnam. Chuck retired in 1983 and moved back to Ocean Springs and in 1985 began his second career in sales with Estabrook Motors where he worked for 20 years. Chuck is a long-time member of St. Paul United Methodist church. He is survived by his spouse of 67 years, Barbara (McDaniel) Lansdale, daughter Pamela Barr, and son Mark Lansdale, grandson Eric Barr, granddaughter Julianna Barr, grandson Steven Lansdale, great-granddaughter Margaret Barr (8) and great-grandson John Barr (3). Chuck will be laid to rest at the Biloxi National Cemetery on January 12, 2022 at 11:00 in the morning. In lieu of flowers, Chuck expressed a desire that memorials be made to St Paul United Methodist Church PO Box 909 Ocean Springs, MS 39564. Bradford-O'Keefe Funeral Home is honored to serve the family of Charles "Chuck" Kerr Lansdale. To send flowers or a memorial gift to the family of Colonel (USAF Ret.) Charles Kerr Lansdale please visit our Sympathy Store.
To order memorial trees or send flowers to the family in memory of Colonel (USAF Ret.) Charles Kerr Lansdale, please visit our flower store.
Send a Sympathy Card