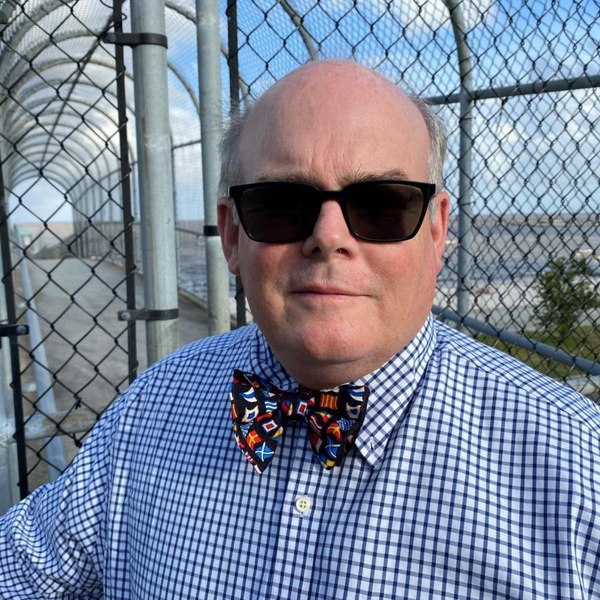 Darren Wayne Grumme, aged 55 of Ocean Springs passed away on Saturday, September 11, 2021 in Pascagoula, Mississippi. He was born August 18, 1966 in Norfolk, Virginia to his parents, Ronald Wayne and Victoria Dianne Grumme. Darren graduated from Balboa High School in the Panama Canal Zone, where he was voted Mr. BHS because he was a friend to everyone and the nicest guy around. He graduated from the University of Maryland in College Park with a Bachelor of Science in Business Management, and a minor in Computer Science. He spoke fluent Spanish, Italian, some Portuguese and a tad German. Darren served in the United States Navy for 14 years as a Radioman, Satellite Controller, Security Manager for Cryptographic Material, Teletype Technician and held a Top-Secret Security Clearance. He was awarded numerous medals during his service. He transitioned out of the Military into the Oil and Gas Industry where he worked for Exxon Mobil, Enbridge, Chevron, Wood Group and Danos, as a Lead “A” Operator. He also held positions in between, working in the Sales Industry for Honda of Slidell and Covington, and most recently Lowes in Biloxi and Waveland, where he was awarded the Platinum Sales Service Award, which is only awarded to a very small number of special employees nationwide. He was frequently recognized as a top Lead Sales Producer. He enjoyed collecting hats, belts, ties, yacht club burgees, all sports cards and memorabilia. He was a wrestler in High School where he was a State Contender in Louisiana. He was an avid sportsman and loved snow skiing, sailing, golf, baseball and football. He was a fierce competitor and enjoyed participating in triathlons, and contests of any kind, especially trivia. He also was a Boy Scouts Leader. He was an expert marksman. He loved to dance and sing Karaoke. Darren held memberships in the Knights of Columbus as a 4th degree Knight, Biloxi Protective Order of the Elks #606, The Long Beach Yacht Club, Disney Vacation Club, and the Panama Canal Society. He was a Zonian and attended many Panama Canal Society reunions. Darren was preceded in death by his grandparents; Colonel Ted and Bette Lewis, and Mary and Earl Grumme; his father, Captain Ronald Wayne Grumme; his beloved pets, Grimes and Skipper. He is survived by his wife of 20 years, Monica Anne Cuevas Grumme; his children, Vincent Hansen, Joshua Francis, Joel Matthias, Jonah Sebastian; his mother, Victoria Dianne Hansen (Morris); his step mother, Katherine Ederer Grumme; his brother, Garth (Tiani); his sister, Rachael (Billy) Lieblick; his nephews, Elliot, Robert, and Gareth; his aunt, uncles and cousins; and his beloved pets, Trinity, Nola and several wild turtles and fish. Darren gained his wings with his family by his side holding his hands. They are at peace knowing that they were granted the very best Dad, Husband, Son, Brother and Friend anyone could ever have. He was the life of the party, always giving of himself to others. His light and energy shined twice as bright than anyone. His genuine, jovial spirit made an impact on more lives and families than a politician in office. He was a good man and ensured that his family was taken care of. God decided that he had paid his dues here on earth and earned a spot to become a soldier of Christ in heaven. The family would like to thank Father Mike Austin (Holy Family Parish), Father Sergio (St. Elizabeth Seton Parish), Deacon Bill Vrazel, Cody Roth (Holy Family Parish), the General Manager of Lowes Waveland, David Daroca and his entire team, the parents of the United States Naval Academy, the administration and parents of St. Stanislaus College, Ladies of the Eighties from the Class of 1988 at Ocean Springs High School, the Zonians from Balboa High School, and numerous friends and community members who have provided prayers and support throughout. In lieu of flowers, the family would like donations to be made to the education fund of Jonah Sebastian Grumme. Please call First Federal Savings and Loan, Ocean Springs Branch at 228-818-1226. Visitation will be Thursday, September 16, 2021 at the Bradford-O’Keefe Funeral Home, Ocean Springs Chapel in Ocean Springs from 6:30 PM to 8:00 PM. The Mass of Christian Burial will be Friday, September 17, 2021 at St. Elizabeth Seton Catholic Church in Ocean Springs at 9:30 AM. Interment will follow at 11:00 AM at Biloxi National Cemetery. The family will provide N95 masks to be worn indoors. The family wishes to protect the elderly and the immunocompromised guests, thus respectfully requiring all guests to wear these masks while indoors. Bradford-O'Keefe Funeral Home, Ocean Springs, is honored to serve the Grumme family.
To order memorial trees or send flowers to the family in memory of Darren Wayne Grumme, please visit our flower store.
Send a Sympathy Card