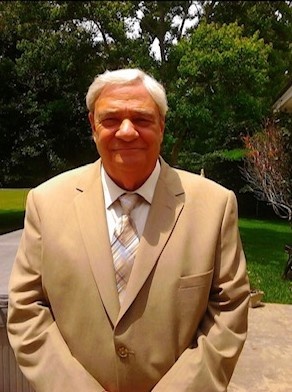 Darryl attended Louisiana State University and served in the United States Air Force. After serving in the Air Force, he worked at UPS and as a feeder supervisor. In his free time, he enjoyed watching football, specifically the Saints; though when they played badly, he would call them the Aints.

He is preceded in death by his parents, Julius and Rebecca Aronson; his spouse, Jeanie Aronson; daughters, Dara Aronson and Jessica Deters; and sister, Carolyn Aronson.

A funeral service will be held Thursday, May 5, 2022 at 7 pm at the Howard Avenue chapel of Bradford-O’Keefe Funeral Home. Friends are invited to visit from 5 pm – 7 pm.

Bradford-O’Keefe Funeral Home is honored to serve the family of Darryl Elliot Aronson.

To order memorial trees or send flowers to the family in memory of Darryl Elliot Aronson, please visit our flower store.