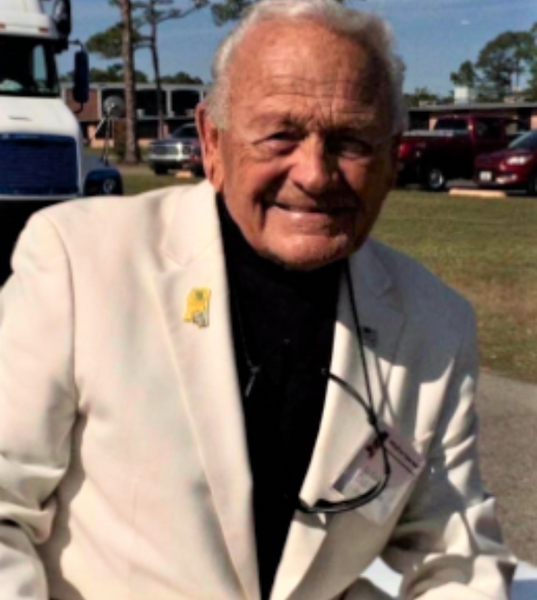 On Sunday, February 6, 2022, Dick E. Wilson, took his final flight to be with our Lord Jesus.  He spent his 91 years living life on his terms, pushing the edge of the envelope, and loving “BIG!”  There will never be another for us, he was the man, the myth, and the legend! Dance in the streets of Gold and Fly High to be again with the love of your life. You may now rest - Well done sir!  We’ve got it covered at home base.

Dick was born in Wabash, Indiana on June 5, 1930, to Charles and Geraldine Wilson. He attended Indiana University and joined the Kappa Sigman Fraternity. Later, he joined the United States Air Force.

Dick served as an instructor in jet pilot training early in his career, attending Command & Staff receiving his Command Wings and later went on to an assignment in Area 51. His combat years included The Defense Meritorious Service Medal and he was awarded the Bronze Star with Valor.  He flew various aircrafts including, but not limited to T-33, the F101 Voodoo, and was a crew test pilot for the prototypes of the SR71. In his combat years, he flew the QU-22 & the A-1 Skyraider with over 350 missions before he was assigned to Keesler AFB where he retired in 1976.

He received numerous awards throughout his life, including, the Pat Santucci Spirit of the Gulf Coast, Lion’s Club “Father of the Year”, and the Boys & Girls Meritorious Service Award among many others. He was also personally instrumental in establishing the MS Vietnam Veterans Memorial. He loved his community and consistently demonstrated his sincere commitment by serving an abundance of organizations.

Bradford-O’Keefe Funeral Home is honored to serve the family of Dick E. Wilson.