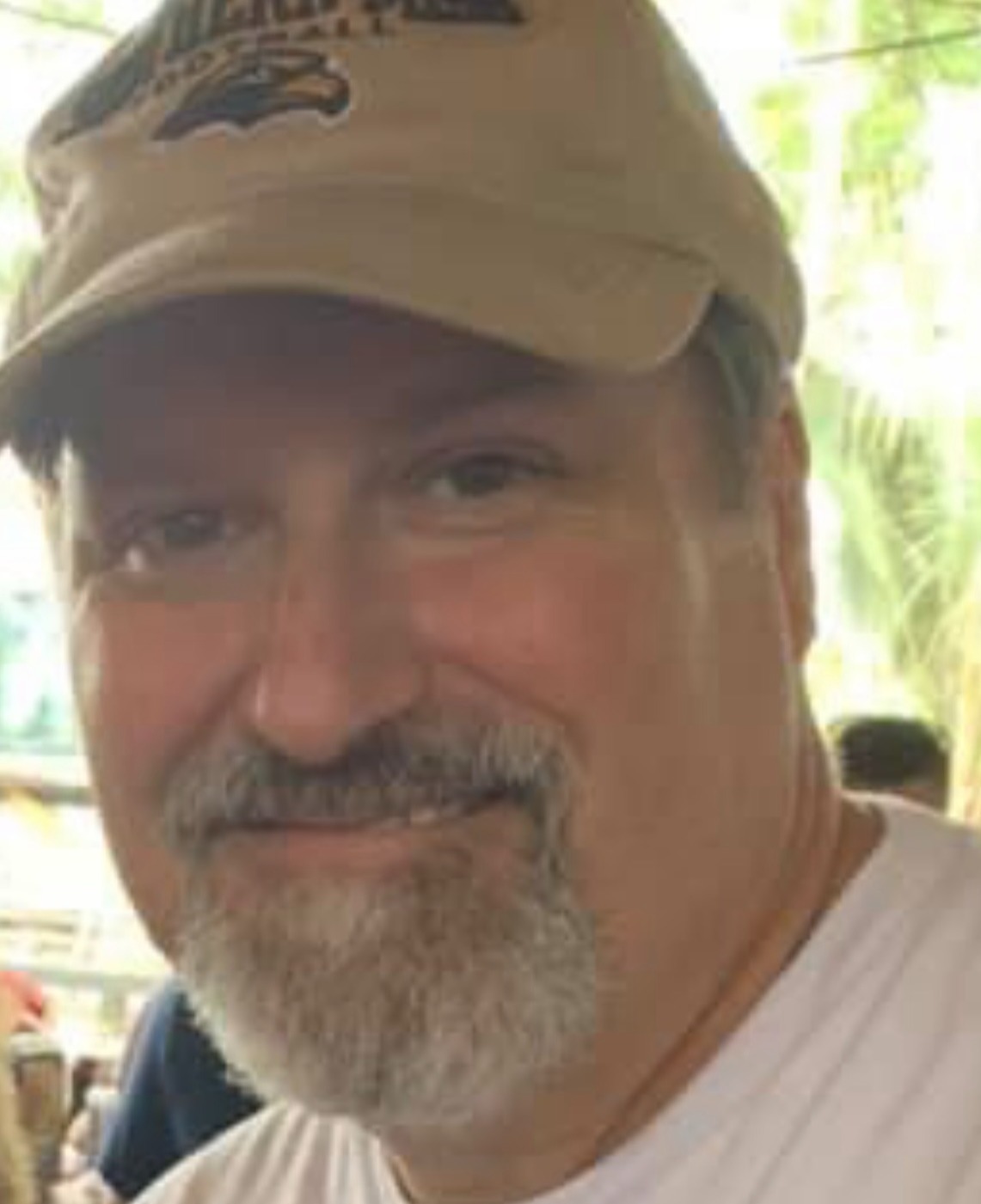 Dino Ray Vecchio went to his eternal home in Heaven on Sunday, October 16, 2022. Dino was 59 years old at the time of his death and was a longtime resident of Vancleave, Mississippi. He was born unto Raymond Robert Vecchio and Anna Clyde Thames Vecchio on October 25, 1962 at Clovis Air Force Base in New Mexico. Dino was an Air Force brat and lived in many different places during his childhood.
Dino graduated from Pascagoula High School in 1981 where he played for the Pascagoula Panthers. He graduated from The University of Southern Mississippi in 1986. He furthered his education and received his Masters in 1991 and his Specialist of Education in 2001. He served on the Southern Miss Alumni Association’s Board of Directors and the SE MS Alumni Chapter board in varying capacities. In appreciation for his service, he was awarded the Alumni Association’s "Outstanding Service" award.
Dino served in education as a teacher, coach, assistant principal, Director of the Vo-Tech, and, finally, as Assistant Superintendent of the East Central School District. After 28 years of service with the Jackson County School District, he retired in 2014. He then taught at St Patrick’s High School and continued to work in the Jackson County School District to work as a sub/long-term sub.
Dino loved his family and friends. He loved big, and he was loved by so many. Everyone who knew him loved “Mr. V."  He had a special love for his students of all ages and was a mentor to so many during his years as an educator. You could always find a prayer list in his pocket of the people he was praying for weekly. He was truly a one-of-a-kind guy. He was an avid football fan and loved his USM Eagles and the New Orleans Saints. He loved Cruisin’ the Coast (in his 1968 Firebird and his 1987 Porsche 911), golfing, Christmas, and going to the mountains. He believed there is a Sasquatch. There is a huge void in the hearts of all who knew and loved Dino. “Save us a seat at the table,” Dino.
Dino is preceded in death by his parents, Raymond Robert Vecchio and Anna Clyde Thames Vecchio, and his sister, Deborah Raylene Vecchio French.
Survivors include his devoted wife, Vickie Sanford Cirino Vecchio; daughter, Rachelle (Brant) Murphy; sons, Mario (Megan) Vecchio and Vincent (Kimber) Vecchio; stepson, John Benton (Crystal) Cirino; grandchildren, Jackson, Talin, and Michaela; sister, D’Ann (Brett) Pinero; brother, Dion (Carol) Vecchio; nieces, Madelyn, Taylor, Sara and nephew, Dion. Dino is also survived by his in-laws, Benton and Clete Sanford; brother in-law, James (LeAnne) Sanford; sisters in-law, Sandy (Derek) Watson, Donna (Scott) Simer, Karla (Keith) Bailey, Peggy (Glen) Reed; sports-loving niece, Hannah Tourvill, and a host of many other nieces and nephews. Dino was especially loved and will be missed greatly by his 5-year-old “best friend,” Benton, and his sister, Kahler (great niece and nephew) and his dogs, Harvey and Misty.
The family would like to thank Dr. Allison Wall and her staff for the care they gave to Dino during his battle with colon cancer. Dr. Wall is truly an angel on earth. We thank the doctors and staff at Gulfport Memorial for taking care of Dino in his final days. We also thank Lorilea Sawyer for gifting us daily with her prayers for Dino and his family and friends.
In lieu of flowers, the family has asked for donations to be made to Big Ridge Baptist Church for Operation Christmas Child (OCC) Shoeboxes at 3230 Big Ridge Road, D’Iberville, MS 39540 or to the USM Foundation at 118 College Drive, #5210, Hattiesburg, MS 39406. Checks should be made out to USM Foundation and Fund #0890 (SE MS Alumni Chapter Scholarship Endowment).
Services will be held at First Baptist Church of Vancleave on Saturday, October 22, 2022. Visitation will be from 9:00-11:00 AM with the service beginning at 11:00. Interment will follow at the Vancleave Cemetery on Jim Ramsay Road. Bradford-O'Keefe Funeral Home is honored to serve the family of Dino Ray Vecchio.
To order memorial trees or send flowers to the family in memory of Dino Ray Vecchio, please visit our flower store.