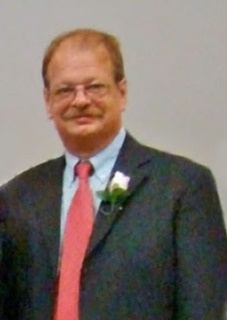 Keith was born on October 6, 1954, to his parents, Donald Keith and Shirley “Jean” Burton. Originally from Greenville, NC, Keith made a name for himself in Biloxi. He moved to the Coast after his parents retired from the Air Force. A few of his memorable moments involved being one of the first Biloxi High School drum majors to shoot a flaming arrow and serving on the city’s Planning Commission. He graduated from the University of Southern Mississippi with a Bachelor’s in Journalism and Media. Keith covered the local politics for WVMI News as their host in the 1980s. He also worked as an investigative news reporter for the WLOX and Sun Herald where he was known for breaking the news on several important events throughout the 1980s and early 1990s.

Keith spent the later years of his life running an independent company, Burton Communications LLC. He owned two successful websites including gulfcoastnews.com, an independent news/opinion, and a vehicle testing site. In 2006, Keith won the Online News Association for Service Journalism award for his work detailing the aftermath of Hurricane Katrina. He designed and ran mississippicasinos.com, a website dedicated to publishing information about the Coast’s casinos and events.

Keith was a person of great moral aptitude. Known for his Christian faith, he accepted God early in his life and served as a leader for a late 1980s religious group. Keith eventually separated from the group but remained a devout Christian. He privately spread the word of God among his peers, friends, and family.

Keith is survived by his two children, Daniel (Angelina) Burton and Sarah (Chris) Wrightson; his grandchildren, Henry Burton, Jack Burton, Cooper Wrightson, and Finley Wrightson, all of the Coast; and brothers, Kenny Burton and Steven Burton.

Keith will forever be remembered as a man of great conviction, champion of truth, and a dear father.

A memorial service will be held at 10:30 AM on Saturday, August 6, 2022, at Bradford-O’Keefe Funeral Home, 2511 Pass Road, Biloxi, MS. Friends may visit an hour prior. Interment will be at Biloxi City Cemetery.

Bradford-O’Keefe Funeral Home is honored to serve the family and friends of Donald “Keith” Burton, Jr.

To order memorial trees or send flowers to the family in memory of Keith Burton, Jr., please visit our flower store.