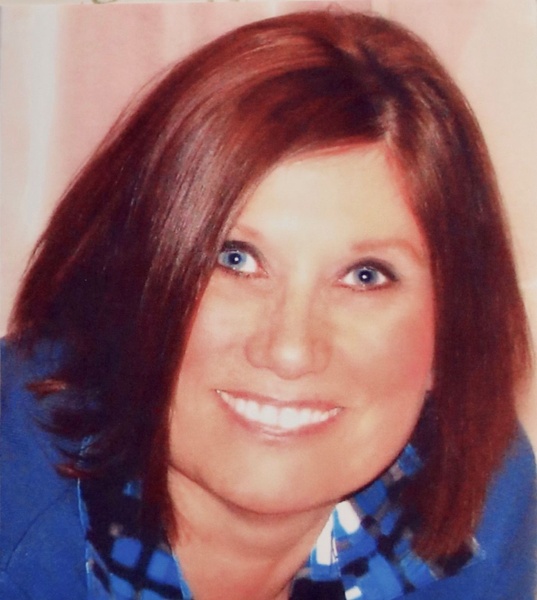 Donna Faye Berg Chapman, beloved wife, mother and ‘Nana,’ 69, of Biloxi, was called home to rest with Our Lord and His Mother on Friday, January 21, 2022. She was surrounded by family.

A native of Webster, South Dakota, Donna married the love of her life, Michael Davis Chapman, in 1975 and soon after, they were stationed at Keesler Air Force Base in Biloxi. The couple instantly fell in love with the Mississippi Gulf Coast and its residents and decided to make Biloxi their permanent home.

Donna was born July 25, 1952 in Watertown, South Dakota. She attended Webster High School where she was a cheerleader for the Bearcats and a Homecoming Court Maid. She graduated from WHS in 1970 and from St. Mary’s School of Nursing in 1971. She was proud to rank fourth in her class on her state boards in nursing.

After traveling overseas with her husband in the Air Force, Donna decided to change her career path to teaching. She worked as a teacher in Portugal and Spain, before teaching in Biloxi Public Schools and Our Lady of Fatima Elementary School for 12 years. She mentored youth in Biloxi’s Mentorship Program and was the coordinator of a conflict resolution program for youth which received recognition from the state.

Donna was a member of Our Lady of Fatima Catholic Church, for nearly 40 years, where she felt privileged to serve as an Eucharistic Minister, CCD teacher, RCIA sponsor, auxiliary member of the Legion of Mary, on Parish Council, and Parish Life Committee. She was a member and supporter of the Cursillo and ARISE programs of South Mississippi. She had a profound love for the Eucharist and the Rosary.

Donna gave generously of her time and talents to the community. She was recognized by the City of Biloxi for her volunteerism and was nominated for Citizen of the Year. She worked with the Girl Scout Religious Award program for the Gulf Pine Council for more than 10 years. She received both the St. Elizabeth Ann Seton Award and the St. Anne Award for her efforts in working with the youth. She also worked for several social justice programs including the Pro-Life Movement and counseling in prison ministry for several years. She co-founded Morning Star Pregnancy Care Center.

Donna was a very loving and devoted wife and mother and a spirited and enthusiastic Nana to her six grandchildren. She loved spending time with her grandchildren: playing, reading books to them, crafting, singing and dancing with them. She enjoyed attending her grandchildren’s sporting events and cheering them on from the sidelines. She always opened her home to friends and made her children’s friends feel they were part of her family. Donna was an avid reader. She loved art projects and scrapbooking her favorite memories.

She held a very special place in her heart for her fellow members of the Mary-Elizabeth Fellowship and Bible Study, of which she was a member from its inception. She especially enjoyed time spent visiting with her many friends over the years.

She served Our Lord with great love and perseverance.

Donna was preceded in death by her parents, Harold E. Berg and Ruth Wangen Berg and two brothers, Larry Eugene Anderson and Douglas Harold Berg; and her grandparents, Edward and Lena Wangen.

She is survived by her husband of 46 years, Michael D. Chapman; her three children, Shannon (Brandi) McClung, of Gulfport, Heather (Greg) Mills, of Biloxi, and Meaghan Chapman, of Biloxi; and her six grandchildren, Nickolas, Chas, Greg, Katie, Bella and Reece. She is also survived by sisters, Cheryl Chapman and Julie Kouba, and a brother, Steven Berg.

In lieu of flowers, Donna requested a donation to Our Lady of Fatima’s St. Vincent de Paul Society for those whose life is temporarily a struggle. Bradford-O’Keefe Funeral Home is honored to serve the family of Donna Faye Berg Chapman.

To order memorial trees or send flowers to the family in memory of Donna Faye Berg Chapman, please visit our flower store.