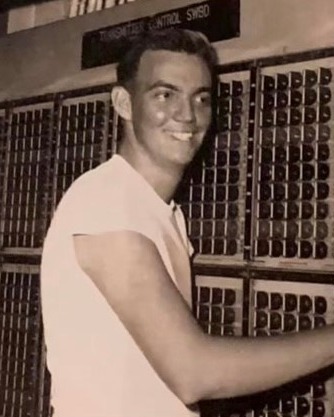 Scotty Broome, 77, of Ocean Springs passed away peacefully, surrounded by family and loved ones, on Monday, January 9, 2023.

Scotty was born the last of eight children on December 20, 1945, in Biloxi, to Wylie Thomas Broome, Sr. and Dovie Marcella Haddox Broome. While still in High School, Scotty enlisted in the United States Navy Reserve at the age of 17. Scotty graduated from Ocean Springs High School in 1964 and then served 7 years in the U.S. Naval Reserve, including 2 ½ years active duty service, in the Navy’s 6th Fleet aboard the USS Saratoga (CVA-60) and the USS Franklin D. Roosevelt (CVA-42). After active duty service, Scotty enrolled at the University of Southern Mississippi. There he met the love of his life, Cynthia Elaine Noyes, and after 2 weeks they were engaged to be married. Scotty graduated Highest Honors in 1971 from USM, and was the Assistant Manager at the USM Business Office in Hattiesburg.

After moving back to Ocean Springs, in 1976, Scotty began his 34-year career at Keesler Federal Credit Union, 32 of which he served as President & CEO. During his tenure at Keesler, the Credit Union grew from $40 million to $1.8 billion in total assets and from 50,000 members to 188,000. In 2011, Scotty was inducted into the Credit Union House Hall of Leaders in Washington D.C. for his dedication to the Credit Union movement. On the national and international credit union front, Scotty was instrumental in grassroots advocacy which led to the passage of H.R. 1151, the Credit Union Membership Act, in 1998, and working with the Department of Defense to establish credit union branches for servicemen and servicewomen on U.S. military bases overseas, with Kessler FCU having branches at multiple RAF bases in the United Kingdom.

Scotty had a strong Christian faith and was a life-long member of First Baptist Church of Ocean Springs, teaching Sunday School and serving on the Budget Committee.

In his later years, Scotty would come to not only be a husband but also a caregiver for his beloved wife, Cindy, as her Alzheimer’s condition advanced. In the last several weeks of his life, while at Ochsner Medical Center in New Orleans and then Hospice at The Lighthouse in Ocean Springs, his paramount concern was the wellbeing of Cindy. In his final days, Scotty faced death with the quiet resolve of a Christian and never lost his sometimes-crude sense of humor.

Scotty is survived by his loving wife of 54 years, Cindy; his daughter, Courtney Leigh Broome; his son, Eric Scott Broome; his sister, Pat (Den) Knecht; and numerous nieces and nephews who he loved dearly.

The family would like to thank the staff at Ochsner Medical Center, Singing River Hospital, and especially Notre Dame Hospice and The Lighthouse.

In lieu of flowers, the family is requesting donations to the Alzheimer’s Association.

To order memorial trees or send flowers to the family in memory of Douglas Scott "Scotty" Broome, please visit our flower store.