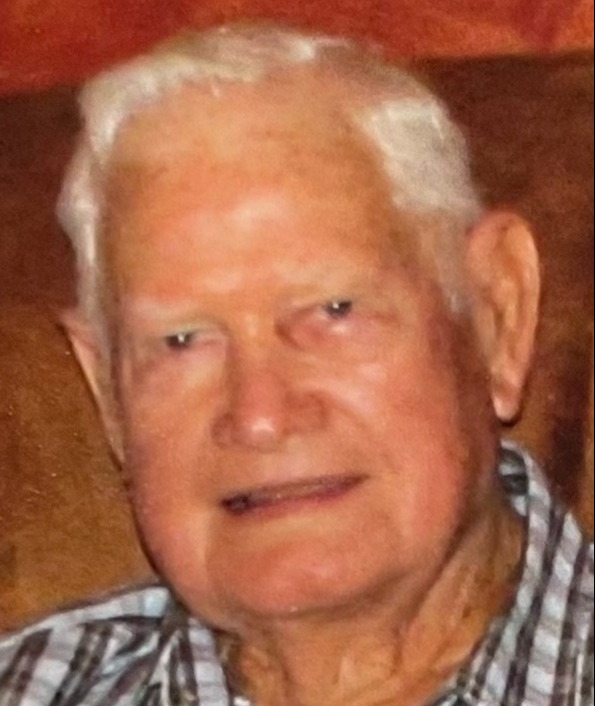 Dwight Patterson Robinson, 98, of Woolmarket, MS passed away peacefully at his home on Tuesday, January 3, 2023.

Mr. Robinson was born in Birmingham, AL on July 11, 1924 to Lowell Robinson and Eula Mae Farlow. He moved to the MS Gulf Coast as a young boy and has been a resident of the Woolmarket Community for the past 66 years. Mr. Robinson graduated from Gulfport High School and was a World War II veteran having served in the U. S. Coast Guard from September 9, 1943 until May 20, 1946. He worked for the U. S. Postal Service as a letter carrier until his retirement on February 5, 1980 after 32 years.

He was preceded in death by the love of his life, his wife of 72 years, Joyce Marie Toups; and his eight older siblings.

After his retirement, he and Joyce traveled extensively driving to Alaska and Canada, Maine to Florida, California to the Carolina’s and all states in between. He was an avid supporter of his children and grandchildren attending all of their sporting and school events and his greatest joy was being with his family celebrating numerous life milestones, holidays or just simple family gatherings. Mr. Robinson was a master craftsman, building three family homes over the years and excelled at woodworking creating many keepsake pieces such as hope chests and entertainment centers for his daughters and grandchildren. His general ingenuity and extensive knowledge of building and mechanics was incomparable. He was always willing to lend a helping hand to friends, neighbors, and most of all his family. Second only to his family, he loved caring for his farm, especially being on his tractor, whether it was bush hogging the pasture or preparing his vegetable garden. He had a small herd of cattle all of which he named and treated like pets. Mr. Robinson was respected, admired and loved by everyone who knew him. He was truly a remarkable man and will be sadly missed by all.

The family wishes to extend their thanks to Kare-In-Home with a special thank you to Gretchen for the loving care and support she gave not only to him but the entire family.

Funeral Services will be held at Bradford-O’Keefe Funeral Home on Howard Avenue in Biloxi on Sunday, January 8, 2023 at 2:00 pm. Friends may visit from 12:00 pm until service time. Interment will follow at Coalville Cemetery.

To order memorial trees or send flowers to the family in memory of Dwight Patterson Robinson, please visit our flower store.