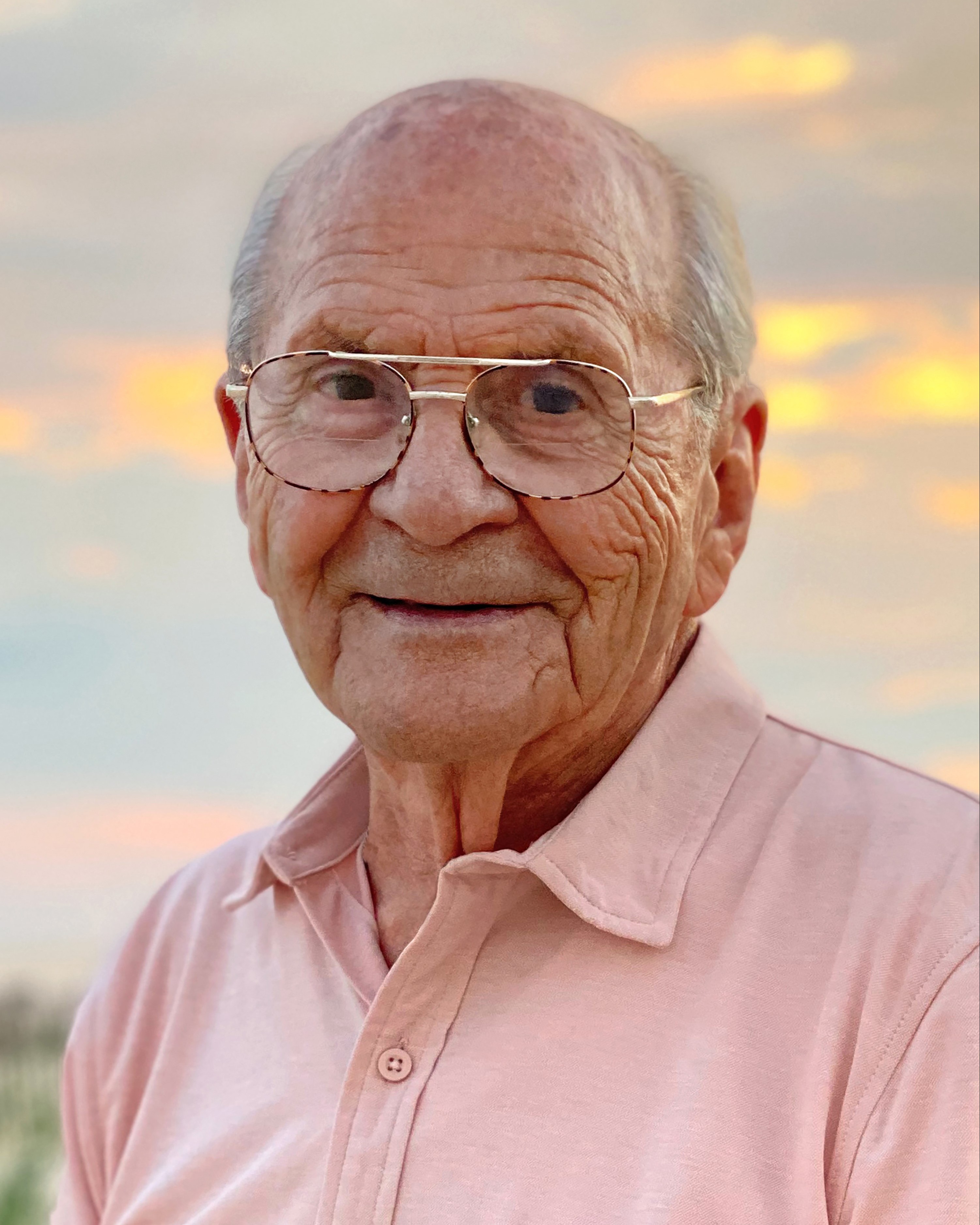 Earl Davitt Hammond of Biloxi, a beloved husband, father, grandfather, and great-grandfather, passed into eternity on Wednesday, November 16, surrounded by his loving family, after a short battle with cancer.

Earl was born in a farmhouse on March 29, 1936, in Berwyn, Nebraska, to Agnes Cecilia McDavitt and William Eli Hammond. He grew up with six brothers and two sisters, a large family kept busy with farm life. Earl was an incredibly hard worker from the start, as he was milking cows, bailing hay, and helping around the farm from a young age. As the years passed, he learned to rope cattle and was often seen sporting his signature cowboy hat and boots.

His education began in a one-room schoolhouse located in the plains of Nebraska. As a high school student in Litchfield, Nebraska, this handsome cowboy met Beverly, whom he would later marry. After graduating high school in 1953 and attending Kearney State Teachers College, Earl joined the United States Air Force to serve his country in 1956.

The Air Force eventually brought Earl to Keesler Air Force Base in Biloxi, a city he fell in love with. He returned to Nebraska to marry his high school sweetheart and love of his life on June 12, 1957. Earl and Beverly returned to Biloxi as newlyweds, making it their lifelong home, where they raised their children and met many friends who turned into family. Earl completed his service in 1961 after serving as an electronics instructor.

“Mr. Earl”, as he was known in his post-military business life, was an entrepreneur at heart; he may be remembered as owner of H&T TeeVee from 1961 to 1968 and Mr. Earl’s Restaurant from 1969 to 1974. He was Chief Engineer at the Sheraton Hotel, worked for Convention Display, and was an estimator for Balius Floor Covering. He was also a faithful contractor for many years for The Peoples Bank and Insurance Center.

Above all, Earl was a man of faith who loved his family and community dearly. Earl was blessed with many talents, including being a person who could repair anything. Growing up farming and ranching, he learned to repair equipment of all types. He shared this talent with many of his beloved neighbors, friends, and church. His dedication to his church and faith led him to perform many roles, including years of on-call church repairs, Eucharistic Minister, daily mass bell ringer/altar server, and being an active member of various committees and outreach groups. He and his wife, Beverly, were presented the Lumen Christi Award for their commitment and dedication to their Nativity BVM parish family.

In spite of the challenges he faced over the years, including deafness since his mid-forties, with Beverly’s support, he maintained an active life filled with joy and a love for people. He kept his family (especially his grandchildren) and friends laughing with his stories and pranks. Most recently, Earl and his family were humbled by the overwhelming support of their friends, church, and extended family through prayers, visits, and other blessings. Earl felt the love of each and every person as they surrounded him during his final days.

Earl was preceded in death by his parents, two sisters, and five brothers.  He is survived by his brother, Larry (Marlis) Hammond; and brother-in-law, Bruce Evans.

Contributions in Earl’s memory may be made to Nativity School Foundation, PO Box 453, Biloxi, MS 39533, or The Cathedral of the Nativity of the Blessed Virgin Mary, 870 Howard Avenue, Biloxi, MS 39530, or a charity of your choice.

To know him was to love him. Earl will be missed by all, but he leaves a lifetime of treasured memories and love as his legacy. Earl’s family wishes to thank friends, relatives, the Nativity BVM parish, doctors, and staff at Memorial Hospital at Gulfport, St. Joseph Hospice, and dedicated caregivers, especially Reva, Dee, Mandy, and Gloria for their support and care during Earl’s final days.

The family of Earl Hammond welcomes visitation from 11:00 to 12:00 on Wednesday, November 23, 2022, at the Cathedral of the Nativity of the Blessed Virgin Mary, 870 Howard Avenue, Biloxi, Mississippi. Father Godfrey Andoh will officiate a Mass of Christian Burial beginning at 12:00 pm, followed by a luncheon at the Sacred Heart Center. A private burial is planned at the Biloxi National Cemetery later in the week.

Bradford-O’Keefe Funeral Home is honored to serve the family of Mr. Earl Hammond.

Family and friends are invited to view the memorial slideshow for Mr. Hammond through the link below:

To order memorial trees or send flowers to the family in memory of Earl "Mr. Earl" Hammond, please visit our flower store.