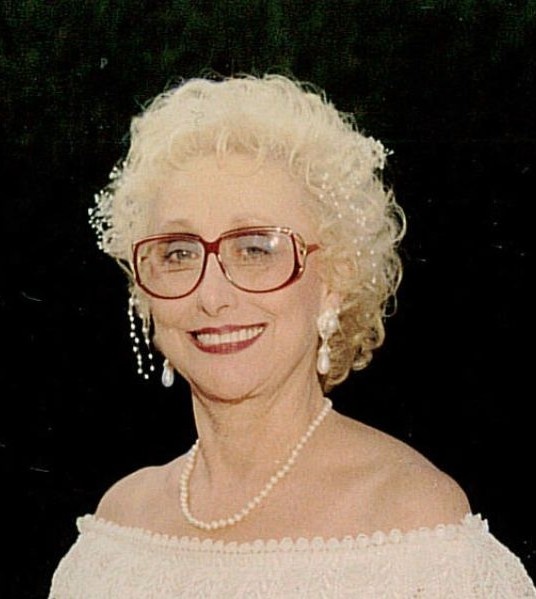 Elaine was a native of New Orleans, LA and had lived in Ocean Springs, MS for 35 years. She was a resident of Shell Landing in Gautier, MS. for the past 18 years and was a member of St. Mary's Catholic Church.

Elaine was an avid gardener, jigsaw puzzle maker, reader, and a world traveler. She loved to make things "look pretty," as she would say while tending to her yard and gardens. There was always a puzzle on the living area table that she would invite family members to help her with. As an avid reader, among her favorite topics included life after death experiences that gave her a joyful expectancy of being with God.

Elaine graduated from John McDonald Girls High School in New Orleans in 1949. She then trained at Charity Hospital there as a Practical Nurse, residing at the hospital nurse's dormitory while in training.

It was then, after receiving her license as a Practical Nurse in 1951, that she joined the U.S. Women's Army Corp and was assigned duties as a Medic. Her first travel experiences came during the 3 years she spent in the Army, working in Army hospitals in New Jersey, Texas, California, and Okinawa where she served for 15 months during the Korean War.
Elaine was a homemaker and stay-at-home mom for her three children for 28 years, after which she returned to school, graduating with honors and receiving her nursing degree as well as an associate degree in science.

She then worked as a registered nurse at Ocean Springs Hospital for 3 years, provided home health nursing, and worked at Gulf Oaks Hospital for 10 years.

Upon retiring from the nursing profession in 1996, she began her many travel adventures which took her to all the continents in the world except Antarctica. She and her husband Steve Edson did circumnavigate South America and sailed around Cape Horn. Elaine had been to Europe 5 times and had been on 33 cruises, two of which were completely around the world on German container and cargo ships. She lived a full and interesting life.

However, her years of travel could not have compared to the joy and happiness she received from having the three wonderful children she leaves behind. She would often say "God has been good to me. My children are all a great blessing to me. They are all high achievers, good, kind, sweet, and God-loving."

Visitation will be Thursday, December 30, 2021 from 3pm - 4pm at Bradford-O'Keefe Funeral Home on Porter Ave. in Ocean Springs, with a funeral service to follow in the chapel at 4pm.

To order memorial trees or send flowers to the family in memory of Elaine Ray Punzo Edson, please visit our flower store.