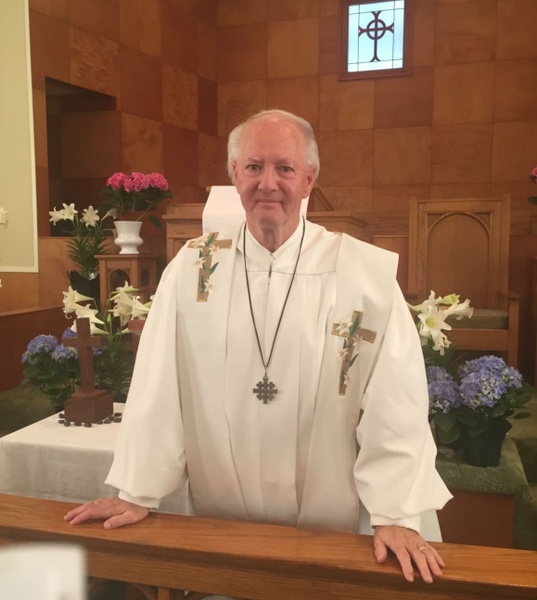 Emile was born and raised in Biloxi, MS where he, felt at a young age, God calling him into ministry. He graduated from Biloxi High School in 1965 and began college at Clark College that fall. He returned home without his degree from Clark and was drafted. He was fortunate to be sent to Okinawa, Japan. In Okinawa, he met his first wife, Sharon Kaye Grisby. They were married in Okinawa and returned to the states where Emile was able to finish his degree at John Brown University in Siloam Springs, AR. Upon returning, Emile began his pastoral ministry. He began at Wedington Baptist Church in the small community of Wedington, AR outside of Siloam Springs, AR. From there he served as pastor of eleven more churches as follows: Calvary Baptist Church, Watts, OK; Caudle Avenue Baptist Church, Springdale, AR; Taylor Baptist Church, Taylor, LA; First Baptist Church, Bogalusa, LA; Temple Baptist Church, Shreveport, LA; Belcher United Methodist Church, Belcher, LA; Hosston United Methodist Church, Hosston, LA; Gilliam United Methodist Church, Gilliam, LA; and Fitzgerald United Methodist Church, Covington, LA. Emile was a pastor at heart. He was always looking for those in need, and he was always ready to minister to them wherever they were. He was a giving person and asked absolutely nothing in return. Emile was a faithful servant of our Lord, and it is no doubt that when he entered the gates of heaven he was met with a “well done, thy good and faithful servant!”

Emile was a very outgoing, happy and positive person, and after being in his presence, you would leave with a smile. He loved to tell stories and make people laugh.  Over the years, he enjoyed traveling, reading, writing, and visiting with anyone that would visit with him, but especially with his family!

Emile was preceded in death by his parents, Mr. & Mrs. Emile A. Rousseau, Sr.; his son, Matthew Aaron Rousseau; and his first wife, Sharon Kaye Gribsby Rousseau. He is survived by his loving wife, Pattie Bickerstaff Rousseau of Biloxi, MS; his only daughter, Jana Rousseau Smith and husband, Kevin of Ruston, LA; his sisters, Emily Rousseau (Rex) Ryals of Bainbridge, Georgia and Elise Annette Rousseau (Mitchell) Brewer of Houston, TX; his brother, Alan (Wanda) Rousseau of Pasadena, TX; and many nieces and nephews.

A graveside service for Emile will be held at Biloxi National Cemetery on Thursday, February 17, 2022 at 12:30 pm.

Bradford-O’Keefe Funeral Home is honored to serve the family of Emile Rousseau, Jr.

To order memorial trees or send flowers to the family in memory of Emile A. Rousseau, Jr., please visit our flower store.