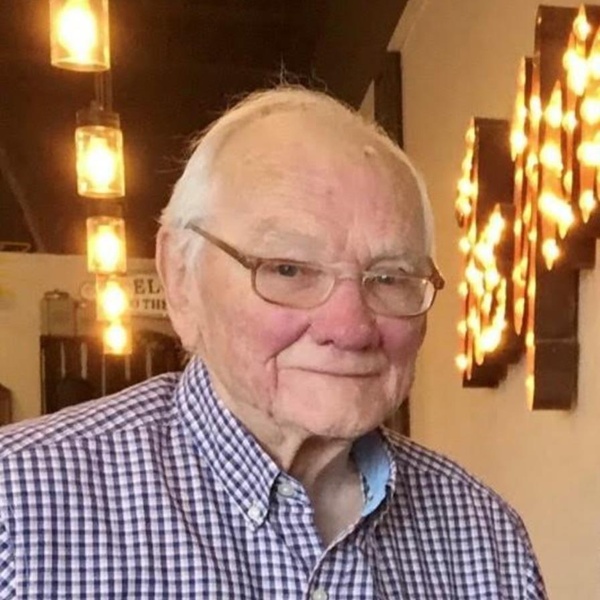 Forrest E. Holder of Gulfport, Mississippi was born on September 24, 1925 in Lucedale, Mississippi to husband-and-wife Leila Gray DeVan and Wilbur Fleming Holder. He was the first of two sons. Early in Forrest's life, the family returned to Alabama where the ancestry descended from one who received a land grant in the territory now known as Clark County, Alabama. From there, Forrest began school in Citronelle, Alabama and graduated from Citronelle High School at the tender age of sixteen. As a Citronelle High School senior, he was the starting football quarterback, was highly touted in track, earning the nickname “Rabbit” for his speed, and additionally was scouted by the baseball minor leagues. Forrest often mentioned how much he enjoyed growing up in Citronelle. He also enjoyed spending time with his brother Allen Devan Holder (commonly known as “Baby Holder”) at their DeVan grandparent's home in midtown Mobile, as well as summer vacationing in Fairhope. Forrest was an Alabama boy at heart with a love for Hank Williams, southern cooking, and, of course, Alabama football. Upon graduation from Citronelle High School, Forrest moved to the Mississippi Gulf Coast where his parents Leila Gray and Wilbur opened Commercial Finance Company in downtown Gulfport. Considering Forrest completed high school at age sixteen, his father encouraged him to attend Mississippi Gulf Coast Military Academy (GCMA) for a year. He earned a diploma from GCMA before honorably serving in the Merchant Marines during WWII. After his Merchant Marine service, Forrest returned to Gulfport where he married the ever-popular Earline Ione Burke, a Mississippi native, commonly known as “Titta” and loved by all. Forrest and Titta began marital life in Long Beach where he worked at Triplett Drugs on Jeff Davis Avenue and was a stake holder until he decided to pursue law. He attended Jackson School of Law, now known as Mississippi College School of Law, where in 1955 he graduated as Valedictorian. Forrest was admitted to the Mississippi Bar on July 1, 1955. He was told he scored the highest in that testing session. A few years ago, Forrest was cited as the thirteenth longest member of the Mississippi Bar. Upon law school graduation, Forrest immediately accepted a job offer from insurance company USF&G. He worked in the Markham Building in downtown Gulfport and served USF&G as in-house counsel for thirty-eight years. After retirement from USF&G, Forrest entered private practice for a period of time with his son W.F. Holder II in Gulfport. Forrest had an appreciation for life and taking in the serene settings of nature. He could often be found during lunch breaks enjoying books in his car near the beach, taking in the beautiful Coastal scenery, and watching the seagulls. He spent countless hours at the Gulfport Library. Forrest was philosophical, enjoyed a wide range of music, never missed an Alabama football game, and was a true southern gentleman. He was a good soul who passed on September 6, 2021. Forrest was preceded in death by his parents, Mr. and Mrs. Wilbur Fleming Holder; his wife of sixty-three years, Titta Holder; his son, Forrest E. “Buzz” Holder, Jr.; and his brother, Baby Holder. Forrest is survived by two children, W.F. “Bubba” Holder II and Patricia Holder Taylor; six grandchildren, Melissa Holder Cavalier, Robert Forrest Holder, Ginger Gray Logan, Heather Holder Poluru, Grady Morgan Holder, and William Mitchell Logan IV; ten great-grandchildren, the eldest great-grandchild is Farrah Holder Schonewitz and the youngest is Forrest's tenth great-grandchild, Gray Blaise Logan, with whom he was the active role model and helped raise for nearly ten full years. One should note that Farrah also gifted him with two great-great- grandchildren. When you are nearing ninety-six years of age, yet still have the ability to be an integral part of the next generation's future, it is obvious that you are one of the GREATEST. A graveside service will be held at 11:00 a.m. on Wednesday, September 15, 2021 at Southern Memorial Park in Biloxi. Bradford-O’Keefe Funeral Home, 15th Street, Gulfport is honored to serve the Holder family.
To order memorial trees or send flowers to the family in memory of Forrest E. Holder, please visit our flower store.
Send a Sympathy Card