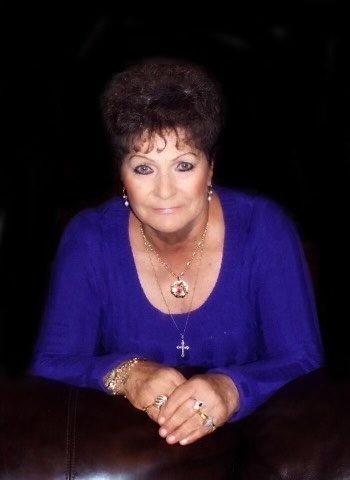 Mrs. Francoise Rolande Marchal Walley, 82, passed away Saturday, June 18, 2022. She was born March 2, 1940 in Liverdun, France to Henri and Anais Marchal. Mrs. Walley was a long-time resident of D’Iberville, MS.

Mrs. Walley graduated high school at the age of 16 in Liverdun, France. She was a survivor of War World II, the invasion of France.  She met and married the love of her life, Larry Walley, a service man stationed at Toul Rossier AFB, France. After returning to the states, she became an American citizen on September 17, 1969 and made the United States her home. Mrs. Walley was a full-time homemaker and motherhood suited her well as she always had a love for children. Her joys in life were her children, grandchildren, and shopping. She also enjoyed travelling and travelled to many places in Europe and the United States. She loved spending time with her family and her sister. In her free time, she tutored French voluntarily to service members and anyone who wanted to learn. She loved to cook and was great at it, especially French cuisine. Mrs. Walley was known to keep a candy dish of chocolate for anyone to enjoy; and she made sure to keep her French traditions alive, so you were always greeted with a hug and kiss on both cheeks. If you ever met her, you felt loved. She will be missed by so many, especially by her husband, children, grandchildren and her extended family members and friends.

A Mass of Christian Burial will be held at 11 am on Friday, June 24, 2022 at Sacred Heart Catholic Church. Family and friends are invited to visit at 10 am. Interment will be at Biloxi National Cemetery. Following interment, a reception will be held at Our Lady of Fatima Catholic Church located on Pass Road in Biloxi, MS.

The family would like to thank Canon Hospice, Dr. Allison Wall, and all the nurses and aides that helped care for their mother during her last days. Bradford-O’Keefe Funeral Home is honored to serve the family of Mrs. Francoise Rolande Marchal Walley.

To order memorial trees or send flowers to the family in memory of Francoise Rolande Marchal Walley, please visit our flower store.