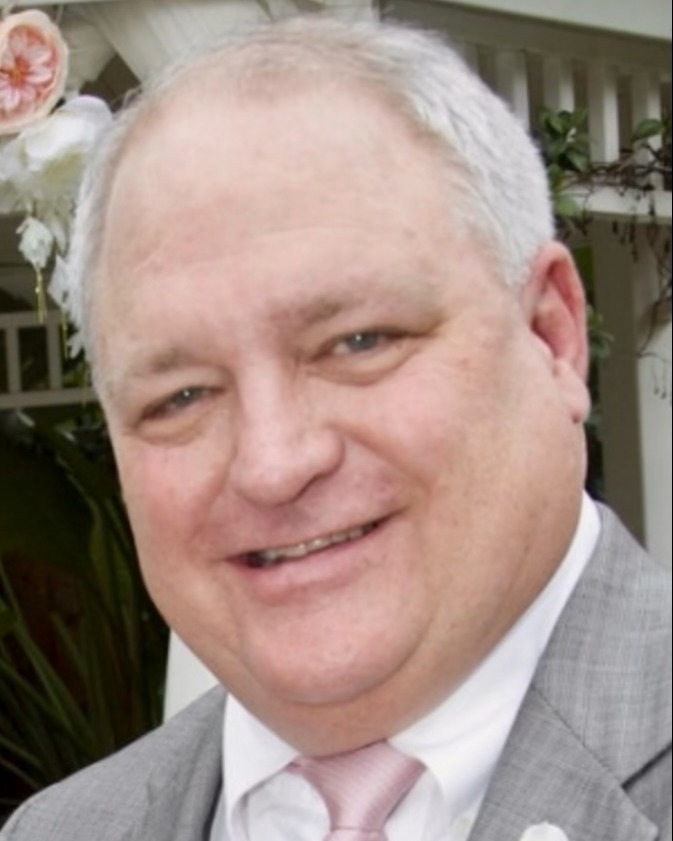 Franklin “Frank” Earl Leach, a great man with a heart of pure gold, passed away on Monday, January 16, 2023 at the age of 70. It is hard to put into a few words the culmination of a life of service.  Those who knew Frank well knew he lived to serve others.  Frank was born in Pascagoula but grew up a part of his childhood in Vicksburg, MS and Ferguson, MO.  His family returned to the Coast and he graduated from Pascagoula High in 1971.  He obtained his BA in Accounting from the University of Southern Mississippi.  His dream was to join the FBI so he enrolled in Ole Miss Law School but while in school he learned he could not qualify for the FBI due to eye exam requirements.  At that point he changed career paths and opted to sit for the CPA exam.  He was a practicing CPA on the Coast for more than 40 years until retirement in 2021.  He worked both in local accounting firms and as a sole practitioner for the majority of his career serving numerous clients near and far.  He was a dedicated servant to his clients but was more than just a CPA and became their friend, counselor, and confidant.  Early in his career Frank served as CFO for Southern Federal Savings before returning to public accounting where he set up shop and hung his shingle on Washington Avenue in downtown Ocean Springs.  Frank was elected in 1999 to the Jackson County Board of Supervisors and served the citizens of Jackson County for two consecutive terms.  The most remarkable time of his service included his role in coordinating the county emergency operations following Hurricane Katrina.  He gained the respect of many emergency operations responders from NY and FL who remained friends with him through the years.  Even while serving the county, Frank cared for his own clients; many who were devastated from the storm. Frank’s dedication to the citizens of Jackson County and city of Ocean Springs will be remembered by his numerous contributions to road projects, bond rating improvements, funding for emergency shelters, tennis courts, MGCCC ropes course, and a myriad of other county improvements. During Frank’s time on the Board of Supervisors he also served on the Cruisin’ the Coast Board and was instrumental in setting up Cruisin’ in Ocean Springs as a new venue site.  He was a car fanatic and enjoyed classic cars.  Frank was a big-hearted soul who would literally do anything to help a person in need.  He was active in many community organizations and served on many boards including HOSA, Rotary Club, OS School Board, OS Tennis Association, PTO, Deacon, and was passionate about scouting, serving as a Scout Leader for many years. He was respected and appreciated on many levels.  Frank was formerly married to Debbie Miles and they had three children Franklin, Austin, and Courtney.  In 2002, he married his best friend and the love of his life, Cynthia Render-Leach, and they began a new chapter together. He said he never knew what unconditional love was until he married Cynthia. He is preceded in death by his parents Percy Leach, Curtis O’Deen Leach, and his sister, Mary Willbrand. He is survived by his wife, Cynthia, and children Franklin Leach (Elisabeth Leach), Austin Leach (Annie Leach), Courtney Williams (Trey Williams), Hannah Reynolds (Bryan Reynolds), and Ian Render (Kelly Render) along with nine grandchildren Wyatt Leach, Elliott Leach, Olivia Leach, Jonas Cooper, Holt Williams, Conor Reynolds, Liam Reynolds, Rowan Reynolds, and Reilly Reynolds who affectionately called Frank “Happy”.  Some people go through life and never realize the lives touched or the impact they have made. Frank’s life will reverberate through generations by his kindness, gifts, words of appreciation, well wishes and words of comfort in difficult times.  He always said he would know his life was well lived when he could lay down and hear the Lord say “Well done my good and faithful servant.” The Lord welcomed Frank into His Kingdom as a good and faithful servant.

Visitation will be held at Bradford O’Keefe Funeral Home, Porter Avenue in Ocean Springs, on Friday, January 20th, from 6pm-8pm. A Mass will be held on Saturday, January 21st, at St. Alphonsus Catholic Church at 11am with visitation an hour before and fellowship in the KC Hall following Mass. In lieu of flowers, the family request donations be made to the Bethesda Free Health Clinic, P.O. Box 7709, D’Iberville, MS 39540 or bfhcd.com

To order memorial trees or send flowers to the family in memory of Franklin "Frank" Earl Leach, please visit our flower store.