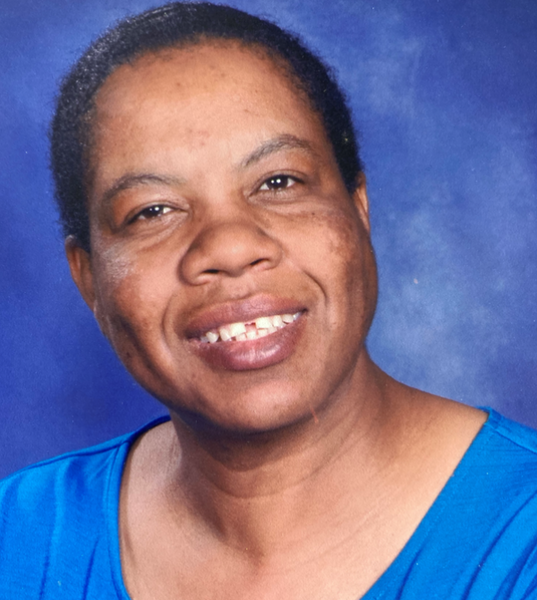 Fraulein Bradley, age 59, was admitted to Mobile Infirmary Health Hospital for cardiac arrest and later passed away on Friday, February 18, 2022.

Fraulein was born Fraulein Lindsay on October 25, 1962, to Aristide Lindsay and Ernestine Douglas in the rural district of Tom’s River in Saint Andrew Parish, Jamaica. There she grew up with her five siblings, Claudette Lindsay, Yvonne Lindsay, David Lindsay, Earl Baxter, and Lorraine Reynolds. Fraulein attended an all-age school up until high school where she attended Oberlin High School. After high school, she went on to a dress-making and catering school through which she obtained her diploma. She resided in the Belmont District and had six children, Richard Stennett, Marcus Phipps, Natchana Phipps, Ockar Phipps, Natricia Phipps, and Nighran Phipps. She also had three grandchildren, Tajdrein O’hara, Malachi Mayo, and Nighran Phipps, Jr. She later came to the United States to make a better life for her children. For 20 years, she lived in Mississippi and worked for many casinos along the Coast and later with Keesler Air Force Base.

A visitation will be held from 10:30 AM until 11:30 AM on March 3, 2022, at Bradford-O’Keefe Funeral Homes, 911 Porter Avenue, Ocean Springs. A funeral service will follow. Interment will be at Biloxi National Cemetery.

Bradford-O’Keefe Funeral Homes is honored to serve the family of Fraulein Bradley.

To order memorial trees or send flowers to the family in memory of Fraulein Evadney Bradley, please visit our flower store.