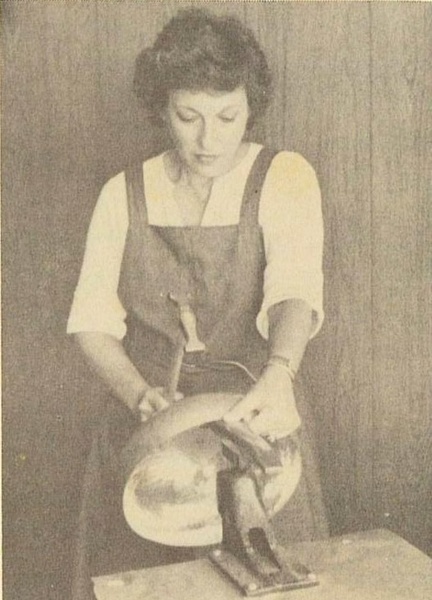 Gayle Marie Clark passed away at her home in Ocean Springs, MS, on May 28, 2022, surrounded by the devoted care of her family. She was 90 years old. She was beloved by many and will be missed dearly.

Born in New Orleans, LA, on May 15, 1932, she is preceded in death by her parents, Marie Amalie Charbonnet and William Mathew Clark; and sons, Clark Burrows (Denise) and Bryan Barry.

As a child, Gayle first explored art by attending classes at the Delgado Art Museum (now the New Orleans Museum of Art). Her artistic and creative skills were further honed when, as a teenager, she worked at the New Orleans Opera Association as a makeup artist and costumer, later becoming the paid director of the makeup department.

From 1981 to 2000, she was the proprietor of Gayle Clark Artisans at the old train depot in Ocean Springs, MS, selling her own and other artists’ work. Gayle was an exhibiting member of the Mississippi Craftsmen’s Guild beginning in 1976, and later served 13 years on its board and three terms as President.

In lieu of flowers, Gayle wished for donations to any of the following charities: St. Jude Children’s Research Hospital, The Salvation Army, The Lord Is My Help in Ocean Springs, the Back Bay Mission in Biloxi and animal shelters.

A celebration of Gayle’s life will be held on October 20, 2022, at St. John’s Episcopal Church, Ocean Springs, MS. The reception is at 10:00 a.m. followed by the service at 11:00 a.m. Bradford-O’Keefe Funeral Home, Ocean Springs is honored to serve the family of Gayle Clark.

To order memorial trees or send flowers to the family in memory of Gayle Marie Clark, please visit our flower store.