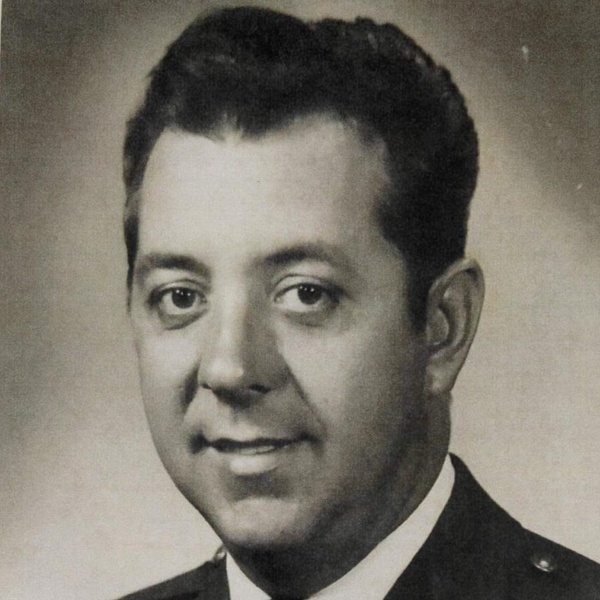 George Richard Mignault of Ocean Springs, MS, formally of Gautier, MS and New Braunfels, TX, passed away Wednesday, October 6, 2021. Mr. Mignault was born on July 27, 1936 in Concord, NH to parents, Edwin Albert and Rose Drouin Mignault. He grew in up in Cootoocook, NS and attended Hopkinton High School in Hopkinton, NH. Mr. Mignault entered the U.S. Army in August 1955 and served for over 22 years with the Army and U.S. Air Force. During his service, he served overseas in the Vietnam conflict in 1966- 1976 and was awarded the Vietnam Service Medal. Other commendations include the Parachutist Badge, Sharpshooter Badge, Expert Rifle Badge, the Good Conduct Medal, the Air Force Commendation Medal, and the Air Force Long Service Ribbon. He retired from the military in 1976 and lived in Gautier, MS for 30 years. After which, he was employed with Ingalls Shipbuilding as a Boat Forman for 20 years, retiring in 1996. After hurricane Katrina, the Mignaults moved to New Braunfels, TX. During this time, Mr. Mignault was employed with The Winery on the Gruene in Gruene, TX. He really enjoyed working there and had a lot of fun as he was easy to meet people and make them feel at ease. He made many new friends while there. The Mignaults returned to Ocean Springs in 2012 to be near their family and many friends in the area. Mr. Mignault enjoyed golfing, fishing, being with his family and friends, and traveling. After retiring, he and his wife traveled to many of the Caribbean Islands, Mexico, Canada, Ireland, Switzerland, Italy, Austria, Australia, and took three trips to Germany. They traveled to Alaska twice to visit with friends they made while he was stationed there and to see parts of the state they did not visit while living there. He always felt blessed that he had so many friends all over the U.S. and other countries that he was in contact with over the years. His friendships with a couple of friends he went in the service within 1955 meant a lot to him and he stayed in contact with them often. He planned a reunion with them and their wives in September of 2012 in New Hampshire and that was a highlight of the trip. Mr. Mignault was of the Presbyterian faith and attended church at Gautier Presbyterian Church in Gautier and First Presbyterian Church of Grand Bay, AL. He is preceded in death by his best friend and loving wife, Mrs. Barbara June Carter Mignault of Ocean Springs, MS; his parents, Edwin and Rose Mignault; and brother, Harold William Mignault. Mr. Mignault is survived his son, Richard Corey Mignault of Gautier, MS; granddaughter, Macy Alayne Mignault; and great granddaughters, Brooklee, Zoe, and Brailey. In lieu of flowers, the family requests that donations be made to the Memorial Program of St Jude’s Children Research Hospital at 501 St. Jude Pl, Memphis, TN 38105-9956. A graveside service will be held on Thursday, October 14, 2021 at 11 AM at Biloxi National Cemetery. Bradford-O’Keefe Funeral Home, Ocean Springs is honored to serve the family of Mr. George Mignault.
To order memorial trees or send flowers to the family in memory of George Richard Mignault, please visit our flower store.
Send a Sympathy Card