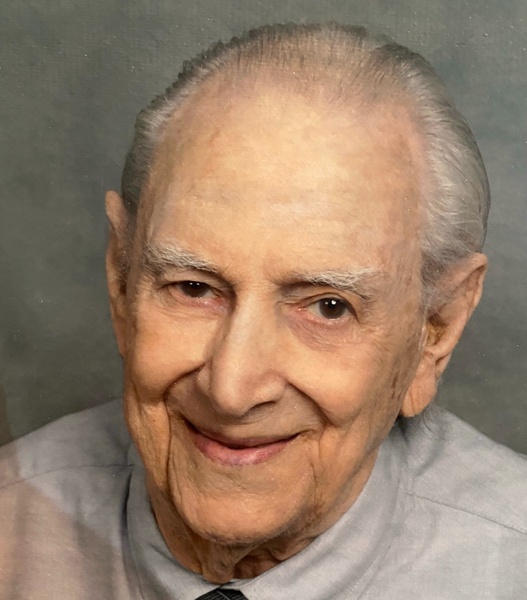 George was born on April 9, 1931 in Biloxi, MS to Della and Oleus Sonnier. He met and married his greatest love, his wife of 71 years, Dolores, in 1950. He retired from Ingalls Shipbuilding after 22 years of service. George was a beloved family man who loved music, horses and football. A devout Catholic, George was a man of strong faith and held a great devotion to our Blessed Mother, praying the Rosary daily with Dolores. He and Dolores were lifelong parishioners of Sacred Heart Catholic Church in D’Iberville.

George was preceded in death by his parents, Della and Oleus; brothers, Carrol, Harold, Julius, Danny; and sisters, Ester, Ethel, Nellie and Sylvia.

He is now reunited with his beloved parents and nine of his siblings and will continue to watch over his family always.

In lieu of flowers, the family requests donations be made to St. Vincent DePaul-Sacred Heart D’Iberville.

The family would like to express their deepest and most heartfelt appreciation to their dear friend and extended family member Susie Burdine for all of her love, support and guidance and Fr. Dominic Pham for his prayerful support of George and his family during this most difficult time. They would also like to thank Dr. Paul Pavlov, Dr. Diane Ross and staff, Deaconess Home Care, Merit Health ICU staff and St. Joseph Hospice and all the nurses and aides who helped care for George during his last days.

A Mass of Christian Burial will be held at 11:00 am on Thursday, June 30, 2022 at Sacred Heart Catholic Church in D’Iberville. The recitation of the Holy Rosary will begin at 9:45 am and visitation will follow. Interment will follow at Biloxi City Cemetery.

Bradford-O’Keefe Funeral Home on Howard Avenue in Biloxi is honored to serve the Sonnier family.

To order memorial trees or send flowers to the family in memory of George Anthony Sonnier, please visit our flower store.