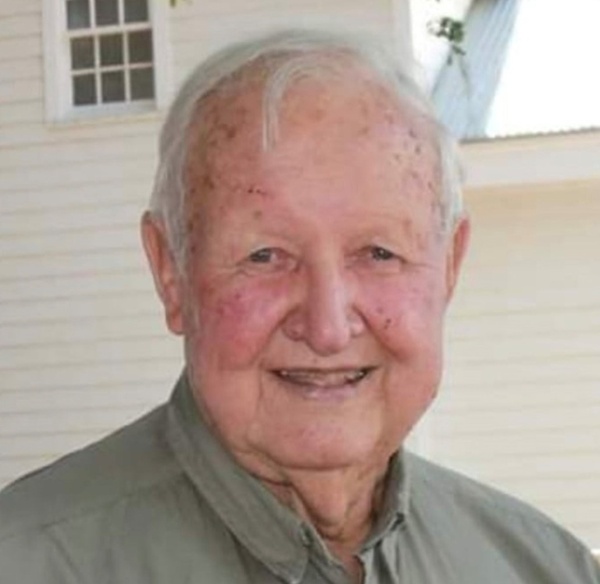 Funeral services for Gerald J. “Sunshine” Creel, a native and lifelong resident of Back Bay Biloxi, will be Thursday, Oct. 6: An 11 a.m. visitation and noon Mass of Christian Burial at Blessed Francis Xavier Seelos Catholic Church. Burial, with military honors, will follow at Biloxi National Cemetery.

Gerald James Creel was born to J.A. “Tony” and Gladys Ward Creel on June 17, 1931. “Jerry” would be in the middle of five larger-than-life brothers: Joe, Francis, Nicky, Arthur and Billy.

He graduated in 1949 from Biloxi High School, where he earned the nickname “Sunshine.” When he entered the U.S. Army in 1951, he told the Army that he had been a “can closer” at Southern Shell Fish Co. for 10 years.

That entry into military service would launch a 38-year association with the uniform, including 20 years in the National Guard.

It was in 1959, at age 28, that he married Frances Kuluz. Back Bay met Point Cadet. It was a 63-year odyssey of family, faith, fun and fidelity, producing three children and four grandchildren, and a lifetime of memories.

Jerry Creel was a veteran of the Korean Conflict era, serving in the U.S. Army’s Battery C 115th AAA Gun Battalion from 1951 to 1953. He achieved the rank of corporal before his honorable discharge. In the National Guard, he had attained the rank of master sergeant in the 173rd at retirement in 1991. His career included commendations for Camille efforts in 1969, an Oak Leaf Cluster for Meritorious Service, and the Mississippi Magnolia Medal.

He also had worked at United Gas Co. before settling on a career as a civilian firefighter at the Seabee Base in Gulfport, which began in 1966. Early in his 23-year career as a firefighter, he would sometimes jump on back of a Biloxi fire truck as it made the corner onto Lameuse enroute to a call from the nearby Back Bay Fire Station.

His leave of firefighting at age 55, in 1986, ushered in a retirement that would span nearly 40 years. He enjoyed some part-time work at the Isle of Capri. He enjoyed the camaraderie and fellowship that was attached to his honorary membership in the Slavonian Lodge and his 53-year, lifetime membership in Biloxi Elks Lodge 606, where his fellow Elks named him Elk of the Year in 2009.

Like so many, he lost his home to Hurricane Katrina in 2005, and, like so many, he built back, at age 75. His community involvement in those post-Katrina years was a boon. He relished the adventure of locating and transporting the new Elk, replacing the hornless Elk that had stood in front of the beachfront Elks lodge. That new Elk stands today. The roundtrip to just south of Jackson for him and Billy Senseney took longer than normal because, he maintained, they frequently stopped to feed and water the Elk. Inside of the lodge, he contracted a muralist to create renderings of several Biloxi landmarks for all to enjoy.

He loved history. He loved Biloxi, and Biloxi politics, especially politics of the past.

He cherished fishing, and, later in life, throwing a castnet from the Point Cadet fishing bridge or the Lighthouse or Coliseum piers. Those activities added to his quality of life.

He loved to dance, whether it was at a carnival ball -- he was a member of many back in the day -- or at a weekly Sunday jam session, to the music of the people he knew, especially Charley V. & The Personalities, or Ray Fournier, the Checkmates or Zapata’s Revolution, or even the Rockin’ Rebels, or Hank Williams Sr. at Sie’s Place.

He was well-liked for a reason. That endearing nickname of his meant that he was known as more than a fair-weather friend. He was unassuming. He was respectful. He had a sense of humor and a sense of responsibility. He was endearing and enduring.

He was preceded in death by his parents, J.A. “Tony” and Gladys Ward Creel; a son, Scott Michael Creel; and his five brothers: Joe, Francis, Nicky, Arthur and Billy.

Bradford-O’Keefe Funeral Home in Biloxi is honored to serve the Creel family.

To order memorial trees or send flowers to the family in memory of Gerald James Creel, please visit our flower store.