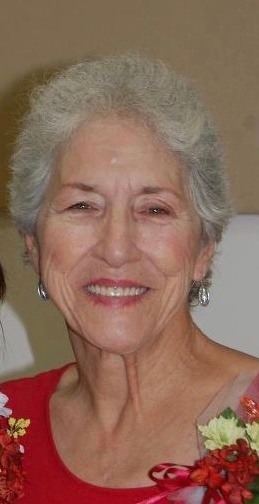 Helene was born on November 2, 1933 to Italia Montoli Schneider and Chester John Schneider.

She was a woman of many talents. She enjoyed sewing, painting, playing the piano and dancing. She owned a fabric shop, Helene’s Fabrics, in Moss Point, MS and a dress shop, New City Knits, with her daughter, Joy. Her family meant everything to her. She was a member of Saint Mary Catholic Church and member of Saint Vincent de Paul. She will be remembered as a loving mother and grandmother.

The family would like to extend a special thanks to River Chase Village and Norte Dame Hospice for the loving care given to our Mother.

In lieu of flowers please make a donation to the Alzheimer’s Association in honor of Helene.

Funeral service will be held at 1:00 p.m. on Monday, March 7, 2022 at Bradford-O’Keefe Funeral Home, Howard Avenue in Biloxi. Family and friends are invited to visit one hour prior. Interment will follow at Biloxi City Cemetery.

To order memorial trees or send flowers to the family in memory of Helene Joy Schneider Roberts Cuevas, please visit our flower store.