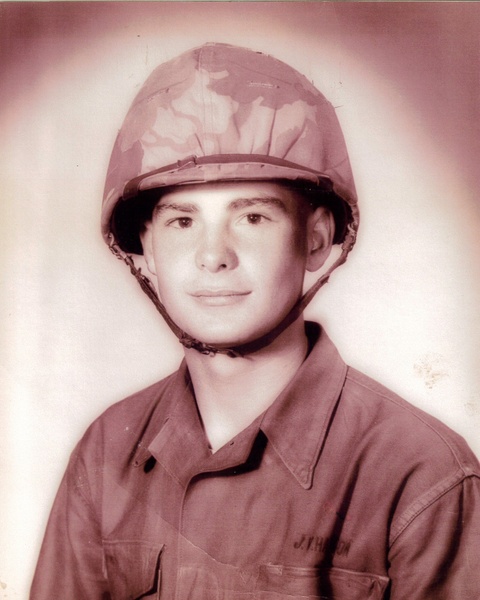 Jack was a proud Marine and dreamed of making the military his career, until he was later medically discharged. He was the proud co-owner of Molin Concrete for thirty-five years until retirement. He and his wife moved to the Gulf Coast in 2002 where they resided in Gautier, Mississippi. Jack became a heart transplant recipient in 1997. His family was blessed and grateful to have him with them for another twenty-five years.

He was preceded in death by his parents, Ruth and Elmer Herme; twin sisters; Linda Arp and Linnette Martinez; and grandson, Kyle Larson.

A visitation will be held from 11:30 AM to 1:00 PM followed by a funeral service at 1:00 PM at Bradford O’Keefe Funeral Home in Ocean Springs, Mississippi on Thursday, October 6, 2022. Interment will follow at Biloxi National Cemetery. A luncheon will take place following the interment at the VA cemetery at the American Legion, 3824 Old Trail Gautier, MS 39553.

The family of Jack Vader Hamilton would like to thank the nurses and aides at Ocean Springs Hospital and Select Care located in Gulfport, Mississippi.

In lieu of flowers, the family has requests that memorials be sent to a charity of your choice.

To order memorial trees or send flowers to the family in memory of Jack Vader Hamilton, please visit our flower store.