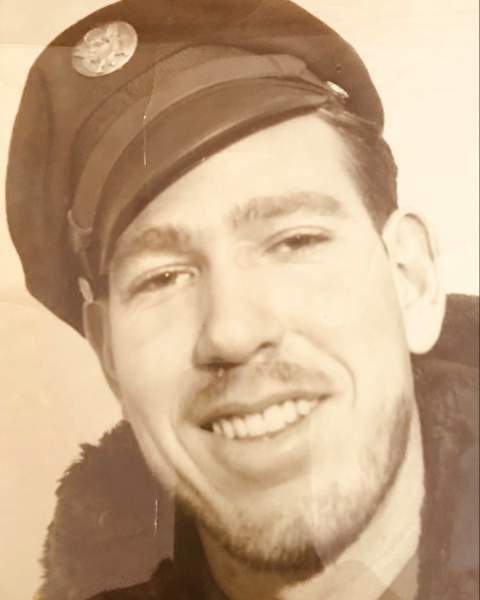 We celebrate and honor the life and pay our “final salute” and tributes to WW2 Master Sergeant James Williams Emmons, a man that was a proud son, brother, friend, uncle, WW2 veteran and doting husband.

James was the third child born to Elmer Eustus Emmons and Ida Lucille Lee on August 18, 1923, in Wimple, LA.  James was raised in Pleasant Hill, LA and graduated with a GED in the US Air Force.

He was raised in a Methodist household after later converting to Protestant.  His father worked in the oil industry while his mother stayed home.  So, at the ripe age of sixteen, Jim decided to leave home during the “great depression” and join the CCC’s (Civilian Conservation Corp) where he was sent to King City, CA.

He wanted to help provide for his family.  Jim made $30 a month.  He sent $22 back home to help support his family and he kept and lived off the remaining $8.  After enlisting in the CCC’s, Jim decided to join the US Army in WW2, where he “faithfully and honorably” served for 3.5 years based in Alaska in the Aleutian Islands.

While stationed in the Aleutian Islands, Jim had the pleasure of meeting President Eisenhower.  In addition, he received letters thanking him for his service from two other sitting presidents, Harry S. Truman and President Barack and First Lady Michelle Obama.

Jim later received further orders to serve in England, France and Germany as a combat engineer.

As WW2 continued, Jim later received instructions on them departing to the Philippines, in Manila.

After WW2 ended, Jim got out of the service for about 6 months.  He worked a few jobs before deciding that his “true purpose and passion” in life was to continue serving this great country he so loved, respected and bravely served and fought so our great nation would remain the land of the free…

Therefore, he decided to enlist in the US Air Force as an aviation engineer.  Jim spent many years honing his craft on how to repair roads, highways and inspecting bridges for 16 years.  Eventually, climbing the ranks as the head civil engineer master sergeant inspector.  He was a multi-talented builder, carpenter and mechanic.

After Jim finished his tour of duty throughout various places overseas, he finally returned home to the states.  He was stationed in Reno, NV for 4 years which is where he eventually retired with a total of 23.5 years of faithful, diligent, dedicated, obedient and exemplary military service to our wonderful country he was so happy and honored to have served.

After retiring, Jim later moved to Oxnard, CA where he went to work as a civilian in the Navy as a supply technician for 10.5 years until he finally decided to retire for good.

Some of Jim’s hobbies and most treasured passions in life were ocean fishing, riding horses and traveling across country.  Jim owned several motor homes and enjoyed traveling immensely.  He also has a deep passion for the water as he often chose to live near the beach.

Aside from work, there was also a fun loving, rather humorous side to Jim.  He possessed a deep baritone voice and was actually a great singer and a hilarious comic.  Although quiet in nature, he loved to have fun and enjoy life.  Jim’s favorite music included country and western and the standards.  His favorite artists were Ray Price, Dean Martin, Sammie Davis, Jr. and Ray Charles, to name a few.  He also had a deep love for square dancing.

Jim was multi-talented on so many levels but when it came to building things.  That was where Jim excelled the most especially anything that pertained to carpentry.  He could build or repair almost anything.

Jim was such a mellow, laidback, loving, compassionate soul.  He always carried a warm, caring smile to go along with that warm, beautiful heart and spirit.

When asked what has attributed to his long tenure of living, Jim always responded by saying he always tried to live right and pleasing to God.  He always believed in treating people with respect and high regard because that’s how he wanted to be treated in return.

He always said, you will live longer if you can learn how to master a stress-free life.  Those that knew Jim best would often refer to his as a man that was a smooth as his Christian Brothers Brandy!  And his wife would equally refer to him as being just as sweet and refreshing as her strawberry daiquiris!

Jim’s favorite food was “soul food”.  And there was nothing Jim loved more that the smell of good flavorful food coming out of the kitchen.  He loved to cook and grill.  Nothing put a smile on his face more than good medium rare, tender, juicy rib-eye steak.

Favorite biblical scripture: Matthew 7:12 – do unto others, as you would have them do unto you.

Jim leaves behind to cherish his memory his loving wife, Deborah Banks Emmons, aka beautiful, beautiful doll, sweetcakes and morning glory were a few of his many endearing pet names for her.

When Deborah met Jim, she said she instantly knew after several conversations that she’d married a man she knew she didn’t have to give a million chances to.  Because Jim was such a high character, honorable man that he began appreciating Deborah from the very first time he laid eyes on her.

Jim told Deborah that he knew she was the one he had been looking for well over 30 years.  Their love story is truly a testament of their love, bond and mutual respect they shared and maintained for one another throughout the course of their marriage, till death departed them!

Jim is further survived by his brothers-in-law Joseph (Joe) Tucker, of Brandon, MS and Rhylip Banks of Chicago, IL; sister-in-law Patricia (Pat) Tucker of Gulfport, MS and a host of nieces, nephews and other relatives and friends who loved him dearly.

To order memorial trees or send flowers to the family in memory of James William Emmons, please visit our flower store.