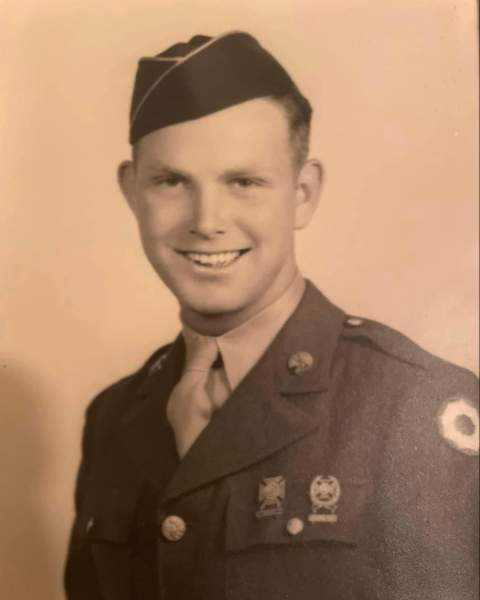 Mr. James Holder was born into this world in Caddo Parish, LA on July 25, 1925. Adopted as an infant by his parents, Mr. James Hampton Holder and Mrs. Myrtle Paxton Holder, he lived there through the Great Depression where his love of God and country was solidified by hard work and a willingness to help others. Working odd jobs from an early age, and working all of his life to help others, he was a self-employed mechanic when he was drafted into the U.S. Army to serve during WW II. Afterwards, he returned to the MS Gulf Coast where he worked at Biloxi Battery before opening Jimmy’s Auto Service on Pass Road in Biloxi. After many years, he sold his business and worked for Skinner’s Automotive in Gulfport, MS before working at Ingalls, from where he finally retired as a warehouse supervisor.

Where many seek satisfaction in possessions, James Holder sought his treasures in his loved ones, the time spent with them, and in his faith in God. Seldom did a cross word ever come from his mouth but, rather, the love he had for others was voiced often and with pride. Whether he was called Daddy, Jimmy, Grandpa, Uncle, or James, he never hesitated to listen, to help, or to share words of wisdom. Whether it was discussing all the problems of this world or simply pausing to appreciate the beauty of a sunset from a front porch rocking chair, James Holder fully appreciated the life he had been given and all that came along with it. Though his body eventually failed him and brought with it discomfort and a dependence on others, he was content with his faith in Jesus Christ and knew his Heavenly Father would welcome him as one who truly was a good and faithful servant.

The family wishes to extend their deepest appreciation to Azalea Gardens Nursing Center in Wiggins, MS.

There will be a graveside service at Southern Memorial Park on Wednesday, November 16th, 2022 at 11am.

To order memorial trees or send flowers to the family in memory of James Harman Holder, please visit our flower store.