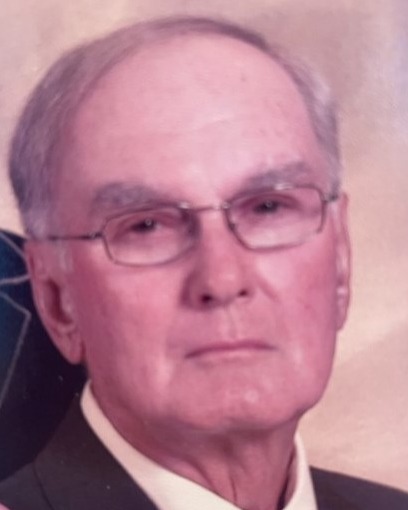 Dwight was born on February 28, 1933 at home in Union, Neshoba County, Mississippi to Clinton and Necia Rivers.  As a diversion to the country life, his family would go to the Neshoba County Fair and stay in the family cabin.  After graduating from Union High School, Dwight, his cousin Billy Tidwell, and a friend, left for Jackson to join the Army without telling their parents and served his 2 years in Germany.  He came back and went to East Central Junior College and then to Mississippi State University graduating with a Business Degree in Accounting and minoring in Education.

He moved to Ocean Springs and began his career in Man Power Planning at Ingalls. He met the love of his life, Shirley Broome, and they married and had Debbie, Brenda, and Charles. After their children had grown, Dwight and Shirley loved to travel with family and friends.  He was able to retire from Ingalls and help take care of his mother until her death.  He also took up golf and had a great bunch of men to golf with.  These last couple of years you could see him driving around Ocean Springs on his maroon golf cart.

He was a faithful member of First Baptist Church Ocean Springs until Shirley’s illnesses got to be too much.  He was attentive to Shirley’s every need and made sure she and his children lacked nothing.  Growing up and working on the family farm, he was not afraid of hard work.  He worked weekends and some evenings at Broome’s Grocery, in addition to Ingalls, to make sure that all three of his children received a college education. Dwight never complained about anything, even during his bout with cancer. He just did what needed to be done, passing that lesson on to his children.

Dwight is preceded in death by his love, Shirley Broome Rivers; and his parents, Clinton and Necia Rivers.

The family wishes to thank Debbie Whitworth, the staff at The Lighthouse Assisted Living, and the staff at Ocean Springs Hospital for all their loving care.

In lieu of flowers, the family is requesting donations to the American Cancer Society or the American Heart Association.

A funeral service will be held at 11:00 a.m. on Monday, November 7, 2022 at First Baptist Church, Ocean Springs. Friends may visit one hour prior. Interment will follow at Crestlawn Memorial Park. The funeral service will be livestreamed online through First Baptist Church of Ocean Springs youtube.
Bradford-O’Keefe Funeral Home, Ocean Springs is honored to serve the family of Mr. James Dwight Rivers.
To order memorial trees or send flowers to the family in memory of James Dwight Rivers, please visit our flower store.