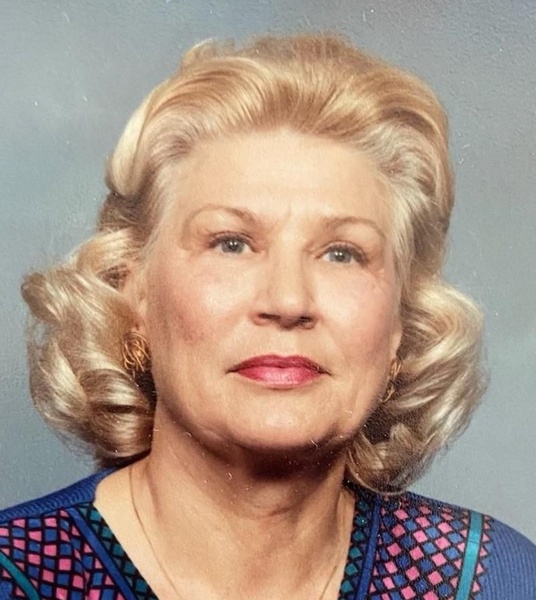 Jenelle H. Wilson, 94, a resident of Gulfport for over 50 years, passed away on Thursday, October 21, 2021. Jenelle was born in Springhill, MS on October 25, 1926. She was the second child and first daughter of parents, John and Ruby Hemphill. Her siblings, John O. Hemphill, Jr. and Libby Patrick are deceased. Her surviving brother, Gerald O. Hemphill, and wife, Susie, live in Michigan.

Jenelle was married to Dr. George Myron Wilson, one of the first psychiatrists on the Gulf Coast. Dr. Wilson moved the Wilson family to the coast after completing his residency at Whitfield. When he died suddenly in 1971, Jenelle decided to remain on the Coast and to make it home and resumed her career in nursing. She lived in Bayou View on 56th Street for over 40 years. Jenelle and George are survived by two of their three children: Michael Newton Wilson of Atlanta, Georgia, and Rujon Wilson Morrison of Marietta, Georgia. Their oldest son, Myron Trent Wilson, died in 1997.

Very special people in her life include her adopted daughter, Susan "Susie" Daniels of Biloxi, MS; adopted son, Frank Lestrade of Long Beach, MS; so many loving nieces, nephews, and a broadly blended and warm extended family and friends too numerous to mention here.

Jenelle graduated from Springhill High and Georgia Southern, which was George Teacher's College at the time. She was first a country girl from Springhill, Mississippi, a daughter, a sister, then a Memphis model. She always loved to dance (especially with her father), became a scrub nurse, a doctor's wife, a gardener, loved to play bridge, a mother, an aunt, a grandmother called “Meme”, a great-grandmother, and a warm friend to anyone who came to know her. Jenelle was a true Southern Belle. Her Cherokee/Scottish resilient heritage of "just fix-it- impatience" was blended somewhat by her Southern hospitality and charm. She always told you what she thought, what was wrong, and in a rather proud and confident matter- how to properly fix it- the obviously correct way for your general proper molding and edification. Jenelle was a fighter, strong in her Christian faith, and she loved life. She loved beautiful things, her friends, hosting parties, and especially her Sunday School class, the Scrap Irons, at First Baptist Church. There could never be another “Meme”. She will be sorely missed by all her surviving family and her special friends.

A funeral service will be held at 11:00 a.m. on Monday, October 25, 2021 at Bradford-O’Keefe Funeral Home, 15th Street, Gulfport, MS. Friends may visit from 10:30 a.m. until service time. Interment will follow at Floral Hills Memorial Gardens. The family asks that masks be worn. Bradford-O’Keefe Funeral Home, 15th street, Gulfport is honored to serve the Wilson family.

To order memorial trees or send flowers to the family in memory of Jenelle H. Wilson, please visit our flower store.