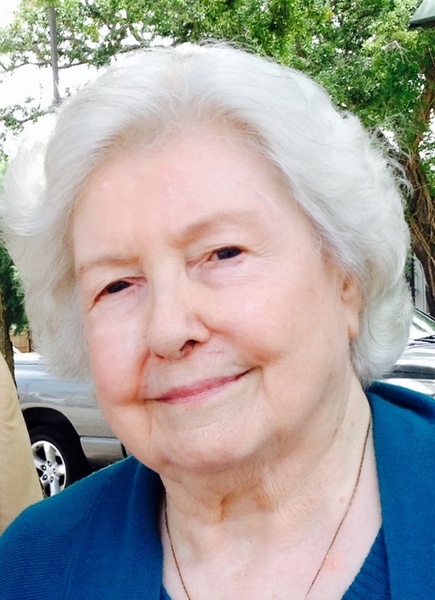 Jessie Pauline Bograd died June 19, 2022, at the age of 96.  Jessie was born to James and Jessie Etherington of Middleton, Manchester, England, on March 11, 1926.  Her teenage years spanned the Second World War with the threat of bombing in an industrial city, but she and her friends made the best of their lives.  After school, she trained in shorthand and typing and worked in secretarial positions.

She met Moses Bograd of New York while he was serving with the U.S. Air Force in England during the war.  They married in New York in 1947.  She followed her husband as he continued in the Air Force back to England and to several states, and provided a loving home for her family.  She resided in Biloxi over fifty-six years, and lived independently at home through most of her 95th year.

The family held a small, private ceremony to remember her rich life.  In lieu of flowers Jessie would prefer donations to the Harrison County Humane Society or the charity of your choice.

To order memorial trees or send flowers to the family in memory of Jessie Pauline Bograd, please visit our flower store.