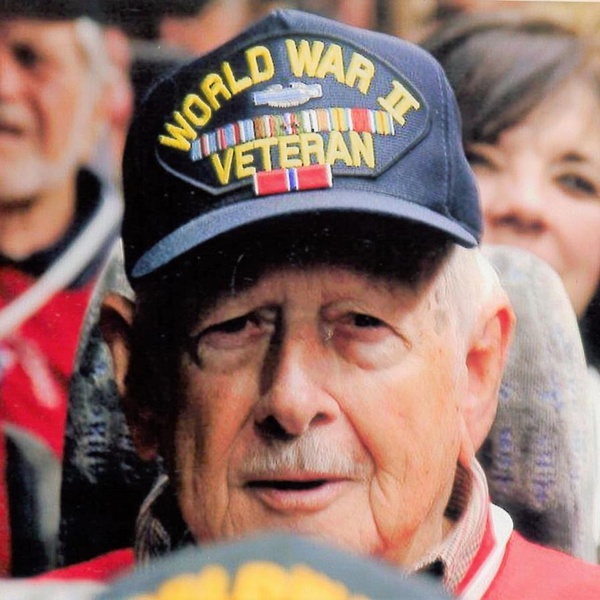 J.F. “Jeff” Haynie, age 98, passed away at his home in Gulfport, MS on Saturday, September 25, 2021 after a long illness. Jeff was born in 1923 in Gulfport, MS and grew up in Jackson. He attended Chamberlain-Hunt Military Academy at Port Gibson, MS. He was the son of Dr. James F. Haynie and Pearl Quinn Ashley. Part of the Greatest Generation, Jeff endured the Great Depression and World War II. He enlisted in the U.S. Army in 1944 and served in the 94th Infantry Division in General Patton’s Third Army, surviving the Battle of the Bulge and earning the Bronze Star. After discharge, Jeff returned to Jackson to work at a family bakery, then moved to Gulfport in 1949 for a job with Colonial Baking Company. He was preceded in death by his wife of 60 years, Mary Eloise Robertson. Survivors include his sons, Steve (Donna) Haynie of Gulfport, MS and Ted Haynie of Perdido Key, FL; daughter, Sandra (Ron) White of Biloxi, MS; grandchildren, Stefani (Jeff) Kubena of Pasadena, TX, Trent (Theresa) Smith of Gulfport, MS, Lisa (Mark) Wilds of Biloxi, MS, Byron Haynie of Chester, SC, Tracy (Barry) Hanie of Charlotte, NC, T.Q. (Kelly) Haynie and Anna Haynie of Perdido Key, FL; and five great-grandchildren. The family requests that donations be made to the local chapters of the VFW, Humane Society, Alzheimer’s Foundation, or St. Jude Children’s Hospital. A funeral service will be held at 11:00 a.m. on Thursday, September 30, 2021 at Bradford-O’Keefe Funeral Home, 15th Street, Gulfport, MS. Friends may visit one-hour prior to service. Interment will follow at Floral Hills Memorial Gardens with honors by the U.S. Army.
To order memorial trees or send flowers to the family in memory of J.F. "Jeff" Haynie, please visit our flower store.
Send a Sympathy Card