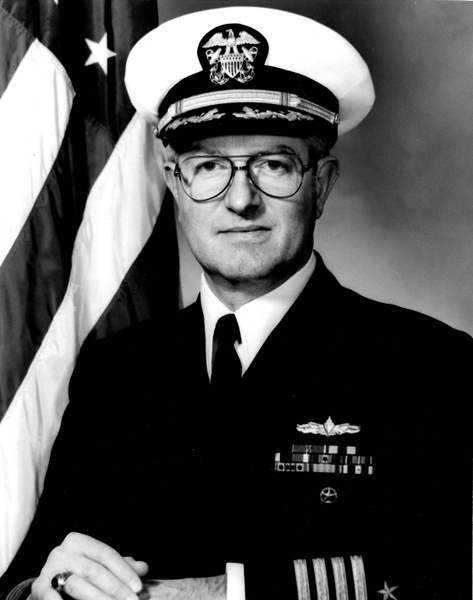 Born on Wednesday, 2 September 1931, in Boston, MA, he was the son of the late William (nee John) Peterson and the late Ethel Frances (Hubbs), both formerly of Boston MA; and was also preceded in death by his three sisters, Miriam Ethel Milne (William) of Pensacola, FL, Emily Carolyn Wendler (Dale) of Seal Beach, CA, and Louise Elisabeth Liberatore RN (Ernie Sr.) of Culpeper, VA.

John grew up and graduated from high school, in Melrose, MA. He earned a Bachelor of Science degree from Tufts College in Medford, MA, graduating summa cum laude in Electrical Engineering in 1953, and was a founding member of their Tau Beta Pi National Engineering Honors Society Chapter. At the same time, he completed the Navy ROTC program, graduating at the top of his class of 30, earning a commission as an Ensign in the U.S. Naval Reserve.  While at Tufts, he met his future wife Virginia. After their marriage at St. Paul’s Church, in Highland Park, NJ on 17 March 1956, they shared the adventures and challenges of active duty Navy life for a quarter-century, while raising a family, moving at least fifteen times (not counting deployments), as John pursued his Naval career, principally in Navy destroyers (warships).

At sea, John served in leadership positions spanning successively greater responsibilities in engineering, weapons, and operations in five ships in fourteen years, and from 1968-70, he was given command of his sixth: the USS GLOVER (AGDE 1), then a state-of-the-art anti-submarine warfare (ASW) frigate. Between sea tours, he studied at the Naval Postgraduate School in Monterey, CA, earned a Master of Science Degree in Physics from the University of Illinois, and later taught Physics at the U.S. Naval Academy. Ashore, he further applied his engineering and physics degrees, coupled with his extensive Fleet experience, to the benefit of Navy and Nation.  He was acknowledged for his weapons systems engineering, testing, and evaluation prowess in major commands in Norfolk, VA, Charleston, SC, and in the Pentagon, spanning ten years over multiple tours. In terms of armed conflict, John was never far from the action: he was a destroyer’s “OPS Boss” through the 1962 Cuban Missile Crisis; in-country Vietnam 1967-68, he was directly supporting classified offensive combat operations for the (then) Advanced Research Projects Agency (now DARPA), for which he was awarded the Bronze Star Medal with Combat “V”;  And for all of his 27 year-plus Navy career he was operationally involved in the “Cold War” in one form or another.

After retiring from active duty in late 1980, John went on to apply his skills to complex shipboard problems as a defense contractor, until his final retirement from paid work.  Volunteer leadership and technical work for both the City of Virginia Beach and the local Virginia State Police HQ, gave him additional ways to engage in problem-solving service to his community.

After residing for many years in Tidewater, VA, John and his late wife Virginia were very happy to spend the last generation of their lives as residents of Ocean Springs, enjoying the warmth of its people, and the pace of its life. John was a stalwart member of St. Elizabeth Seton’s weekday exercise group, and after helping his wife Virginia through her own difficult passage, he redoubled his efforts to “read his way through the Library System,” making a pretty good dent!

John’s family extends heartfelt appreciation to their close aides and friends, Sharron Rankins, and Angela Lett, who provided loving care and stalwart support both to him, and earlier to his wife in their home, in their respective latter years.

In memory of John’s stalwart service to Navy, Community, and Nation, this stoic Swede requests that in lieu of flowers, please consider a donation to, or volunteer work for the charity of your choice.

A Mass of Christian Burial will be held at 10:00 a.m. on Saturday, June 11, 2022 at St. Elizabeth Seton Church in Ocean Springs. Friends may gather one hour prior. A modest gathering will take place in nearby Fannon Hall, following the Mass.

Interment at Biloxi National Cemetery will take place at a later date.