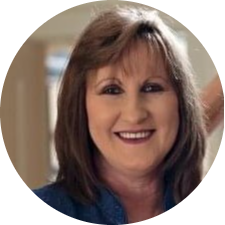 In life there are angels on Earth whose sole job is to love those around them. Whether that’s a helping hand, a prayer, a laugh when needed the most, or a listening ear when things are tough. Angels on earth are rare, and Karon was so obviously one of them.

Born March 4th, 1957, in Oinkawa Japan, Karon Duncan Cook was one of two children born to Charles and Joanne Duncan. Karon spent most of her young life in Texas and most of her adult life on the Mississippi Gulf Coast. She held many job titles throughout her life and was effortlessly good at everything she tried.

Karon loved the Lord with her entire heart and remained faithful in His promises through her last breath. She wanted to make the world a better place and that was shown well through her unconditional love to her family and friends. She was strong, she was resilient, she was selfless, and mostly she was pure love.

Karon was preceded in death by her mother, JoAnn Garvin; her father, Charles Duncan; and her sister, Donna Fowler and husband Cavlin Fowler.

The family would like to give a special thank you to the team at Memorial Hospital Pulmonology and Oncology, and also her End-of-Life care team of Southern Care Hospice for taking such good care of her for the past two years.

Karon did not wish to have a service upon her passing, but instead a Celebration of Life Dinner in her honor for all of those who would like to attend. This will be announced at a later date.

To order memorial trees or send flowers to the family in memory of Karon Duncan Cook, please visit our flower store.