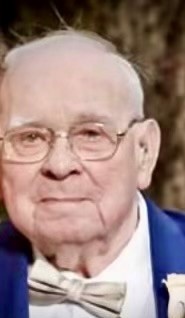 Leonard was born on September 14, 1928 in Managua, Nicaragua to Leonard T. Newton, Sr. and Elsie M. Richard. He served in the U.S. Air Force, retiring on September 1, 1974 as a Senior Master Sergeant. Leonard was an Air Borne Radio Operator and a U.S. Air Force Recruiter, where he was awarded top recruiter in the nation. He served his final years in Intelligence. Leonard joined the Masonic Lodge in 1957 and the Loyal Order of Moose in 1992. He was a member of the VFW and the Disabled Veterans. Leonard enjoyed hunting and was an avid fisherman. He loved working in his vegetable garden.

He was preceded in death by his wife of 67 years, Mary K. Newton; his parents; his son, Leonard T. Newton, III; his daughters, Marilyn Rothrauff and Linda Locke; and his siblings, Gloria Greene, Doris Moore and Donald Newton.

Leonard’s survivors include his granddaughter, Malinda Centifanto; his great-grandchildren, Jaxon Hall and Mason Centifanto; and his very special friends, Paul and Linda Rothrauff.

Bradford-O’Keefe Funeral Home on Howard Avenue in Biloxi is honored to serve the Newton family.

To order memorial trees or send flowers to the family in memory of Leonard Truman "Newt" Newton Jr., please visit our flower store.