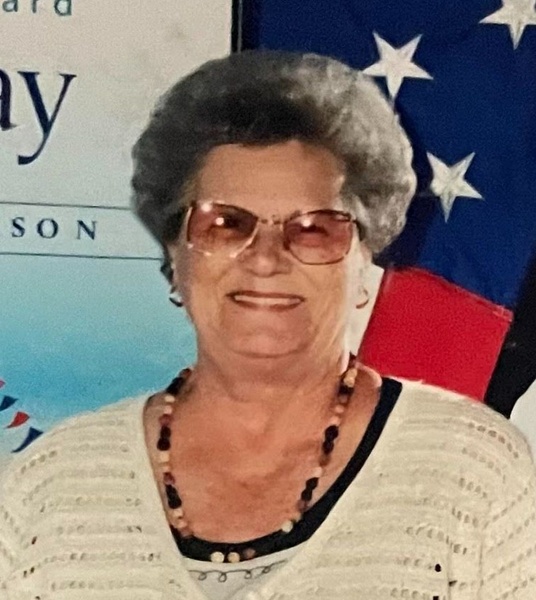 Mrs. Lois Ferguson, 84, a lifelong resident of Ocean Springs, MS, passed away on February 20, 2022 surrounded by those closest to her. Lois was one of eight children, born on April 4, 1937, in an old house along the Fort Bayou shoreline. She was preceded in death by her parents, Leona Hughes King and Henry Aaron King; and by her sisters, Betty Horton, Peggy Necaise, Isabelle (Chuckie) Burnham, and JoAnne Hosli. She is also preceded in death by the love of her life for 60 years, Rodney Carson Ferguson.

She is survived by her two daughters, Kathleen Ferguson-Buckheister (Buck) and Tanya Ferguson-Cates (Tim); her two grand-daughters, Megan Driggs-Alvarez (Orlando) and Nancy Buckheister; as well as one great granddaughter, Madie; and her loving dog, Missy. She is also survived by her twin brother, Louis King; brother, Henry "Buck" Aaron King Jr. (Donna); her only surviving sister, Jean Anne Wilson; and numerous nephews and nieces all residing along the Gulf Coast.

Lois loved Carnival season, she loved to dance and was always the center of attention. She never met a stranger and always had a story for every event of life. Working in her yard and cutting grass was her simple joy. She enjoyed traveling, cruises and camping with her beloved husband and family and those who became her family: the Wilkerson, Davis, Sumrall, Dimitry, Lawrence and Lepoma families. She was a devoted wife, mother and grandmother. The family would like to extend great appreciation and thanks to those who cared for Lois in her final days: Bobbi Ferguson, Steve and Barbra Ann Bullard, Gloria Duke and the team of Hospice of Light. A special thank you to Dr. Yash Bethala.

Funeral service will be held on Thursday, February 24, 2022 at Bradford O'Keefe Funeral Home in Ocean Springs. Friends are invited to visit 10:30 a.m. until service time at 11:30 a.m. Interment will follow t at Bosarge Cemetery in St. Martin.

In lieu of flowers, donations may be made to St. Jude Children’s Hospital.

Bradford-O’Keefe Funeral Home is honored to serve the family of Mrs. Lois Ferguson.

To order memorial trees or send flowers to the family in memory of Lois King Ferguson, please visit our flower store.