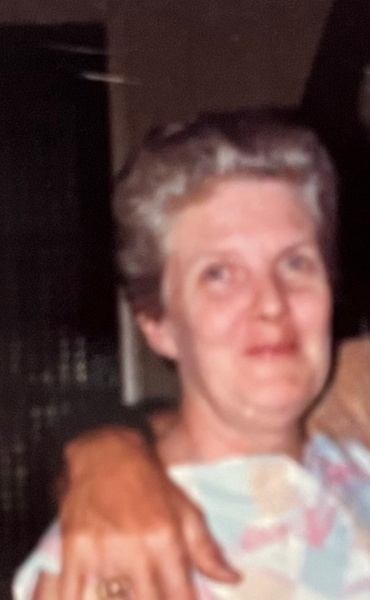 Mabel was a native of Biloxi, MS. She attended Biloxi High School, where she was on both the basketball and swim teams. She had dreams of being an Olympic swimmer when she was younger. Mabel worked as Head Cashier at Winn Dixie on Division St. in Biloxi until she retired. Then Mabel began her vocation as a volunteer in our community. She was a member of Nativity BVM Church, and also served with St. Vincent DePaul visiting the sick in Biloxi Memorial Hospital and helping the needy. In her free time, Mabel volunteered in the hospital gift shop at Biloxi Memorial Hospital and at the Salvation Army Store on Caillavet St. in Biloxi. Mabel was a devoted wife and mother and made any sacrifice necessary for her family, always putting others before herself. Though Mabel was lovingly known by her mother and sisters as “Maylou” or “Mazie,” she was always “Queenie” to her husband, Donald. Her girls always called her “Mama,” and her many grandchildren called her “Nanny.” She is deeply loved and cherished, and will be greatly missed by her family and friends.

Mabel is preceded in death by two sisters, Betsy McMahan and Helen Brock.

A funeral service will be held at 2 PM on Friday, August 5, 2022 at the Howard Avenue Chapel of Bradford-O'Keefe Funeral Home. Friends and family are invited to visit one hour prior. Interment will be at Biloxi City Cemetery.

The family wishes to thank her primary care-givers, especially Sheila, Tracy, Jathan, and our dear Carla. We love you. Bradford-O’Keefe Funeral Home is honored to serve the family of Mabel Louise Dalzell Viator.

To order memorial trees or send flowers to the family in memory of Mabel Louise Dalzell Viator, please visit our flower store.