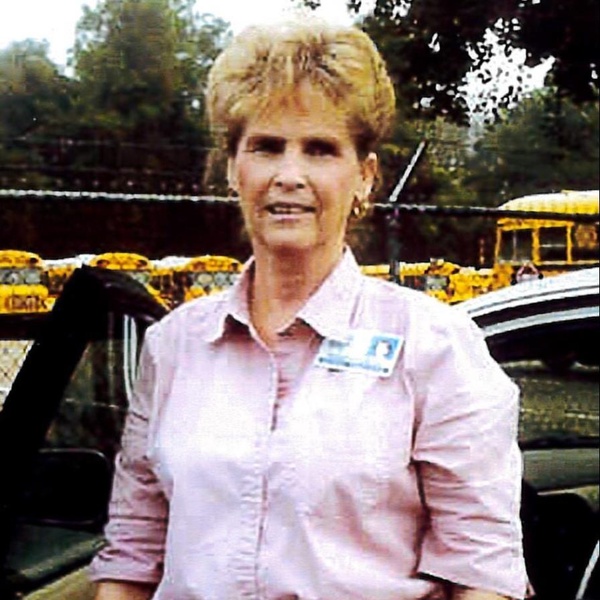 Margie Redmond Parmeter of Biloxi passed away at the tender age of 80 from the ravages of lymphoma on September 23, 2021. Margie was born on a hot sultry day in May, 1941 in a clapboard house built in the 1800’s in Saucier, Mississippi. Her mother Ada Redmond was attended by a midwife as were all of her 2 brothers and 3 sisters. Her father Jerris was working on the old seawall construction in Biloxi at the same time. At a very early age Margie loved to go to school. Keeping up her homework was a challenging task because electricity hadn’t reached that part of the county and she studied by a coal oil lamp. She used to talk about many nights she and her 3 sisters used to lie in their bed and listen to the wind blow through the cracks as the old house would groan and creak as if it had a life of its own. Unlike her sisters, Margie had red hair and a curious and antagonizing streak that often got her into trouble with her father Jerris. He would tell her “You are meanest red fox looking child I have ever seen.” She married at an early age to Ralph who had a penchant for stealing cars and finally ended up in prison. Her first child was born October 11, 1958 in Houston, Texas. He died a few hours after birth from a congenital heart defect. She was never able to see him and it left an empty space in her heart to the day she passed away. She prayed to God with all her heart that he was God’s little angel. She had a 2nd child in 1960. Peggy was a beautiful and healthy child who helped heal the lonely place in her heart. Sadly, Peggy got married at an early age to a troubled young man. She had Brandy and tragically she was killed in 1977 while crossing route 90. Again, she prayed and asked God to give her the strength to go on. She didn’t think she could do it after losing two children. When Brandy was a few months old she took her and raised her. This helped ease the pain somewhat as part of Peggy was in Brandy. After a very bad marriage she married Wiley in 1968 which turned out not to be much better with a bright spot in her tragic life when Becky was born in 1973. During this time she drove a school bus and continued for over 25 years retired as one of the very best drivers in Mississippi. Still to this day many of her old students recognize her and ask how she is doing. June 9, 1995 was a special day for Margie when she married Lee, a retired United States Air Force veteran the love of her life. She moved into his home, a cute little doll house of a home built in the 40’s. It didn’t take her long to get rid of his orange crate table, and an old green chair. Soon she had the things needed to make it a special placed to live in that is after Lee had central air installed and she got rid of about a dozen fans, it took her a while to get used to the military way of life like the Base Exchange, commissary and Keesler medical center. Lee was a vagabond, having been born in a tear drop trailer so he bought a motor home the first of several making over 100 trips across the United States always looking for that special road that took them on a new adventure. There were bright spots along the way when Becky had her first child, Megan after being married over 16 years. In a couple of years along came Robbie. In the process they adopted Angel, Brandy’s child. After a few more years they divorced and she met Chris, a home health care nurse and was married, living in Bush, Louisiana in a splendid modern log cabin house. Angel married Colton and they had three boys Jase, Jackson and Jameson her great-great grandchildren. Hurricane Katrina violated their way of life and culture so they bought a large diesel pusher motor home and set out to see the first western snow fall and the vibrant colors in a vibrant western sunset. Margie knew that she would see the next rainbow in the canyons of the west. Sadly in 2008 Margie had her first bout with lymphoma and they both retired from the motorhome world. Margie spent the next years writing her book, The Three Lives of Margie. She is preceded in death by her parents, Jerris and Ada (Raymond) Redmond; her 5 siblings; an infant son; and daughter Peggy. She is survived by her loving husband Lee and his three children, Michelle Parmeter, Lee Parmeter and Elisabeth “Sissy"; her daughter Becky and her two children Megan and Robbie and her husband Chris. She is also survived by her granddaughter’s Brandy, Ashley and Angel (Colton) who has three great, great grandsons, Jase, Jaxson and Jameson. SAAD Health Care and Merit hospital provided the very best of compassionate care with empathy and understanding. A nice touch was providing a Chaplin to help with the grief. A funeral service will be held at 12:30 pm on Thursday, September 30, 2021 at Bradford-O’Keefe Funeral Home, Pass Rd., Biloxi, MS. Friends may visit one hour prior. Burial will follow at Biloxi National Cemetery at 1:30 pm. Bradford-O'Keefe Funeral Home is honored to serve the Parmeter family.
To order memorial trees or send flowers to the family in memory of Margie Redmond Parmeter, please visit our flower store.
Send a Sympathy Card